You are here: Home > Things To See & Do > Electric Playbox 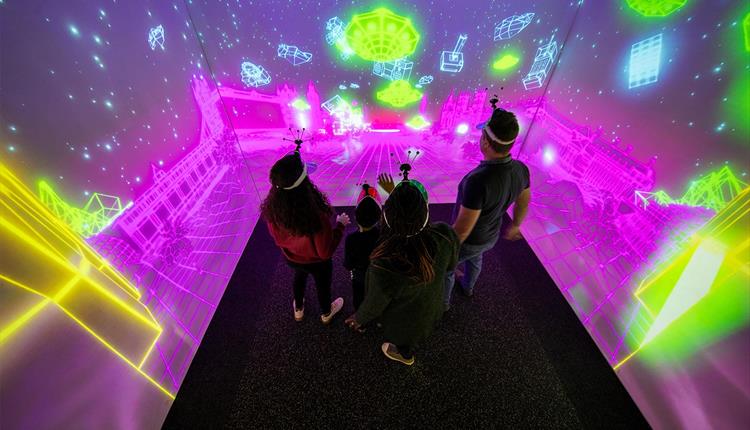 Experience the newest, social phenomenon in Manchester. Electric Playbox at Manchester Arndale lets you have an immersive digital adventure with friends as you are graded by aliens, go mining on Mars or rescue some corgis. Step into Playbox and escape to another world for 60 minutes with projection mapping, touch screens, motion tracking and surround sound. Making screen time social again, one Adventure at a time.

The adventures you can take are:

The year is 1984 and aliens have invaded. Prove you’re worth sparing by showing your value to their new society.

The Queen has been taken captive in one big game show. Can your team rescue her?

Give humanity a fresh start by gathering the right minerals to start a colony on Mars!

Aliens have now set their sights on late-80's New York. Does your team have the brains to impress them?