This is an award-winning Full-Day / 190-mile Lake District Adventure tour departing at 09:15 am from Manchester. Your tour is fully escorted and narrated with a jolly driver and knowledgeable escort who, invariably, will become more of a friend than a tour guide! Every passenger receives special attention and is encouraged to participate in the day as much as possible to ensure that you have a wonderful time with us.

After we’ve waved farewell to the spectacular City of Manchester, we’ll hit the road to the legendary land of The Lake District in a 2-hour partially-narrated journey, navigating a spectacular section of the M6 motorway, passing Preston and Lancaster. On a clear day you’ll see the famous British “backbone” called The Pennines.

A superb example of a Neolithic stone circle set in the breath-taking scenery of the Lake District with a view of a number of the surrounding mountains and hills. Stand in the centre of the circle and feel the mystical energy flow from the ground up through your body.

Most of the buildings date from the 19th or early 20th Century, though the Church dates from the 13th Century. William Worsdworth, who died in 1850, and his wife Mary, who died 9 years later, have tombstone in the churchyard of St Oswald’s Church, one of the most visited literary shrines in the world.

This tiny, aroma-flooded quaint shop with happy costumed staff is neatly tucked away at the corner of the churchyard. You’ll browse through, soak up the history, and then sample this most wonderful delicacy before ladling yourself down with bags of the stuff to distribute proudly to your friends (if it lasts that long)!

The Langdales is a superb home to some of the most dramatic and diverse scenery in the whole of Cumbria (if not Britain!) hosting some of the most photogenic scenery around. Weather permitting we’ll drive the “loop” of “Little Switzerland” and even attempt a summit on foot to work up an appetite (for food or more scenery!)

Largely Victorian and home to the Roman Galava Fort – ex-resident to 500 Roman soldiers. Grew rapidly when the ferry terminal opened in 1845. St Mary’s Church (1854) was designed by Sir George Gilbert Scott. The 17th Century Bridge House over Stock Ghyllis one of the most photographed scenes in Lakeland.

Cumbria’s most popular sprawling town developed after the opening of the railway line from Oxenholme and Kendal to Windermere in 1847. Home to a glorious lakeside boat launch. Here you can hop on the optional Lake Windermere Lake Cruise for a trip of a lifetime (£7.00 / $9).

The following locations are all accessible and can be substituted for any of the above at short notice by the driver/guide if weather or traffic conditions dictate.

This welcoming family-owned oasis with a passion for friendly and quality service offers an excellent breather for our weary travellers. The well-stocked and great value menu will tempt your palate as will the local brew and mysterious legends.

Another, earlier home of William Wordsworth from December 1799 to May 1808, the years of his supreme work as a poet. Built in the early 17th century as a small hostelry with an oak-panelled hall and floors of Westmorland slate

Glorious views of Rydal Water and the surrounding fells can be enjoyed from this home of William Wordsworth from 1813 to 1850. It now belongs to the descendants of the poet laureate and is also the starting point for the scenic coffin trail walk linking Rydal Mount with Dove Cottage.

Originally called Birthwaite built around its railway station offering train and bus connections to the surrounding area. Often referred to as the “Capital” of the Lake District with its bustling shops and many hotels – all build from local materials. 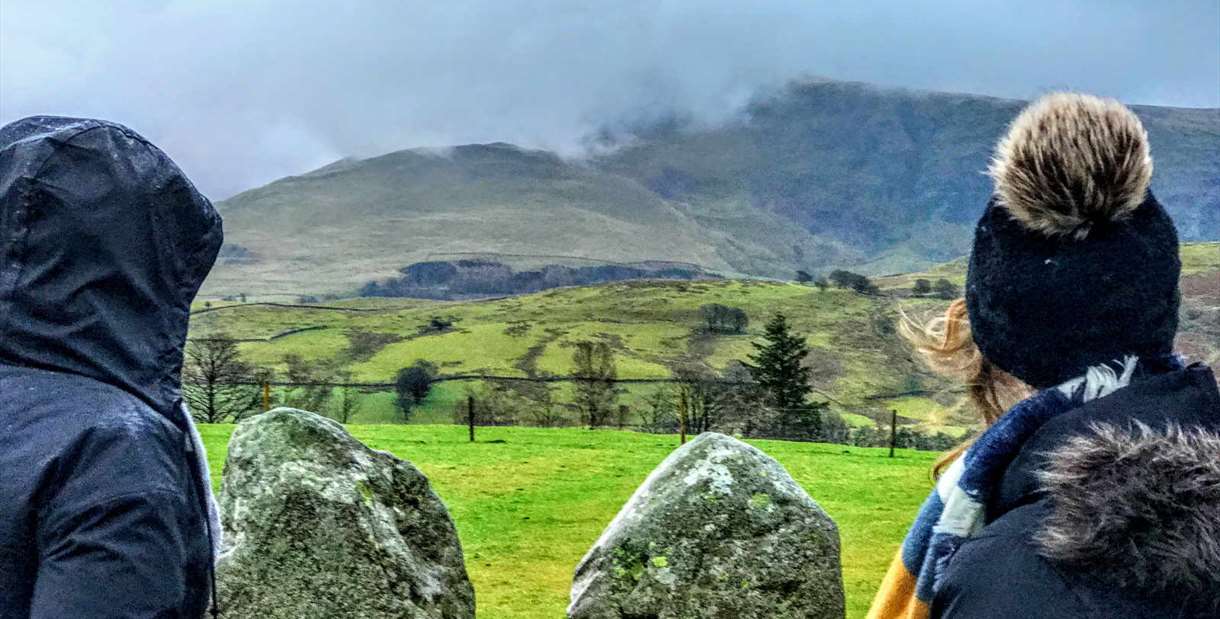 * Tours take place daily departing from Manchester Airport at 9:15am and returning at approximately 6pm.