This is sightseeing the way sightseeing is meant to be done! All of our vehicles are the latest models, carefully designed to a purpose-built sightseeing specification with panoramic windows, full PA system, overhead parcel shelves, luggage compartment(s) and forced air ventilation.

Your tour is fully escorted and narrated with a jolly driver and knowledgeable escort who, invariably, will become more of a friend than a tour guide! Every passenger receives special attention throughout the day with the emphasis on fun and exploration.

After we have waved farewell to the spectacular City of Manchester, we will hit the road heading for the timeless beauty that is known as Yorkshire in a 2-hour partially-narrated journey, navigating a small section of one of England’s most famous motorways, the M62, which links the North East to the North West of the Country cutting straight across the famous British “backbone” called The Pennines!

Our first stop today will be the pretty tourist destination of Haworth. Known for its association with the Bronte Sisters (Anne, Charlotte and Emily) who moved here when their father took over the parsonage of St Michaels and all Angels Church located in the village. Keep your ears open for the sound of real steam trains used on the nearby Keithly and Worth Valley Railway

Next Malham Cove, a stunning Limestone feature formed by melt-water from Glaciers over 12.000 years ago. During extreme wet weather, and seen for the first time in living memory during Storm Desmond in 2015, Malham Cove offers up its secret waterfall which then temporarily becomes the highest single drop waterfall in the country at over 260 feet.

Now it is on to the impressive Ribblehead Viaduct. A masterpiece of 19th Century engineering built to carry the famous Settle to Carlisle Railway across Batty Moss. Take a stroll to get closer and marvel at its sheer size before trying to count some of the 1.5 million bricks used in its construction.

Before leaving the area we will stop at the Wensleydale Creamery for a sample of its famous cheese made originally by Cistercian Monks using sheep-milk and made famous again in recent times by our very own Wallace and Gromit. Time for a quick browse of the gift shop and maybe use of the facilities before continuing on.

The pretty village of Hawes will be our lunch stop today. Situated at the head of Wensleydale in the Yorkshire Dales, this honeypot tourist destination boasts many shops, cafes, pubs and locals all adding to the charm of this traditional Dales settlement. Take a sip of John Smith’s beer, try a Yorkshire Pudding or maybe find some treasure for your mantlepiece in one of the many antique stores

Yorkshire has many wonderful landmarks to offer those who are willing to go searching and our next stop, Hardraw Force, is one of those landmarks. Movie lovers may recognise the location from a very famous 1991 Blockbuster. Marvel at the UK’s highest single drop waterfall (30m or 100ft) with splash pool and natural “amphitheatre” style surroundings. This beautiful setting is now home to an annual music competition for brass bands as well as other folk music concerts throughout the year chosen for the excellent acoustics offered by the location. (optional viewing with a £2.50 entrance fee). 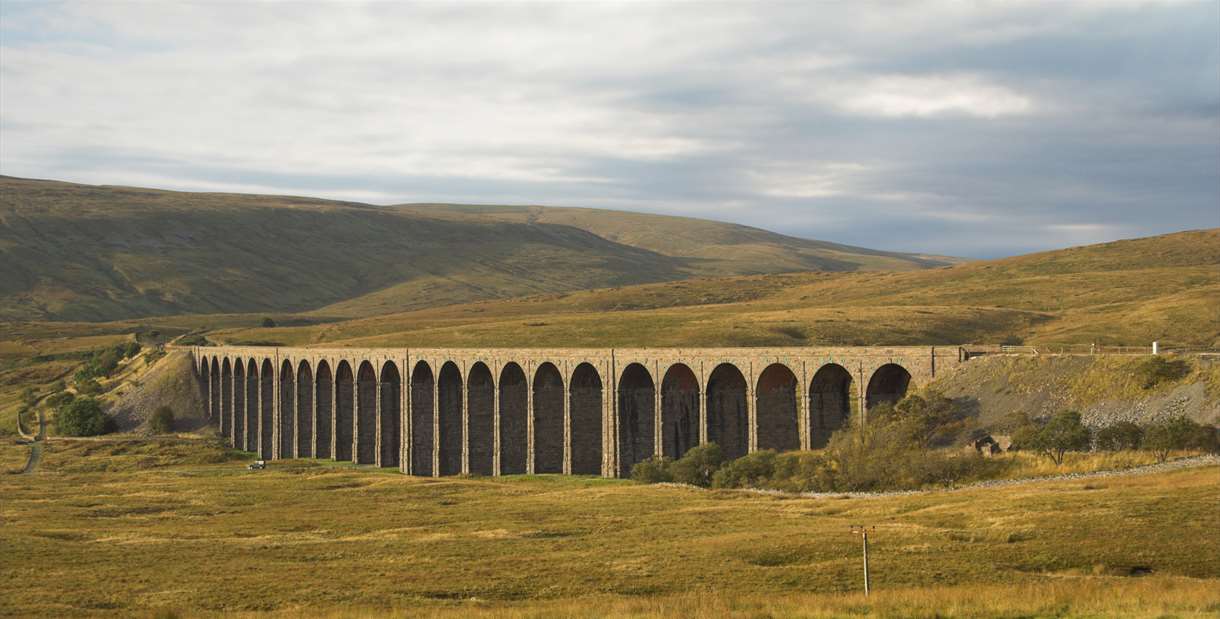 * Tours take place every Saturday departing from Manchester Airport at 9:15am and returning at approximately 6pm.