You are here: Home > Things To See & Do > Gateway To The North > Explore The North from Manchester > Royal Armouries Museum

Check out the weapons and armour of warriors through the ages from early medieval knights to the modern-day soldier. Discover treasures from around the globe - explore the Ottoman Empire, the Wild West, Europe, Japan and India. Wonder at the fabulous arms and armour of the Japanese shoguns, the royal houses of Europe and the kings of England including Henry VIII who reigns supreme in our newly refurbished Tournament Gallery.

In addition to the five galleries which house 5,000 objects in the permanent displays and the more recent Peace Gallery, the museum also includes the Hall of Steel, a giant staircase whose walls are decorated with trophy displays composed of 2,500 objects reminiscent of the historical trophy displays erected by the Tower Armouries from the 17th century.

With exciting Hands on History interactives you'll get closer to the action than ever before. A fascinating FREE day out for the whole family! 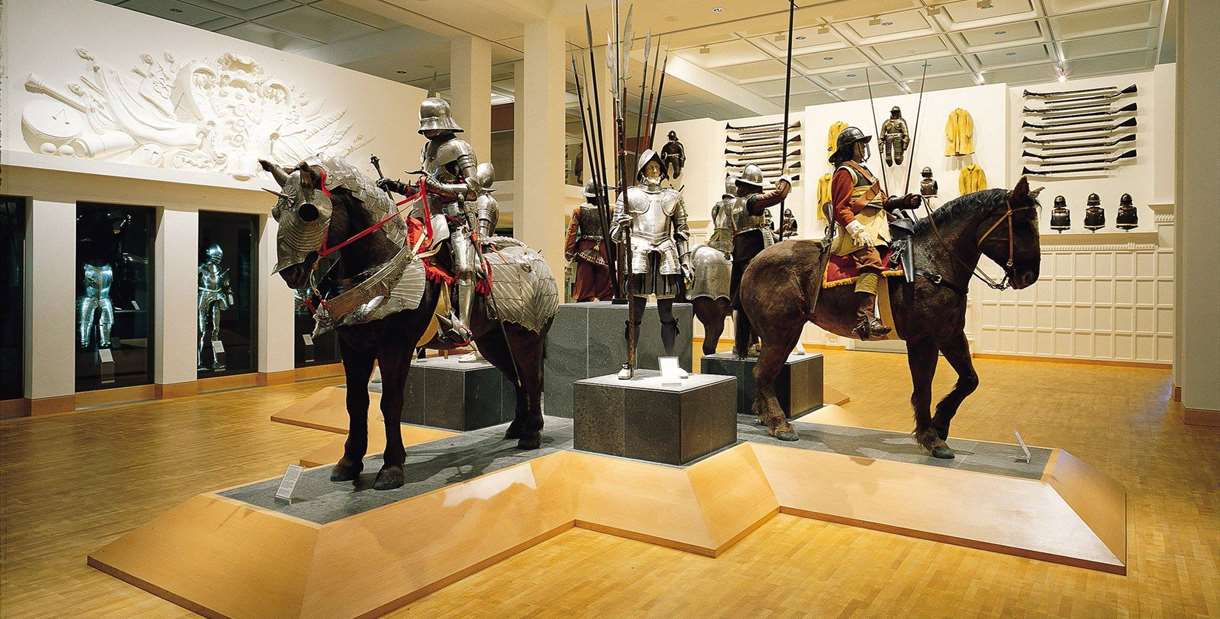 By Road:
From M621 turn off at jct 4 south Leeds. Follow signs for Leeds city centre then follow the brown tourist signs for the museum.

By Public Transport:
After leaving Leeds Railway Station, turn left onto City Square, the right along Boar Lane. Keep going until you are behind The Corn Exchange, and follow Assembly Street round until you reach The Calls. Cross over and pass 42 The Calls Hotel on your right, then cross over Leeds Centenery Footbridge. Over the bridge, walk across Brewery Wharf, past Jurys Inn and over Bowman Lane.. Armouries Drive is directly opposite, follow the signs for the musuem. The walk from Leeds Railway Station takes approximately 20 minutes, or 5 minutes in a taxi.