You are here: Home > Things To See & Do > Manchester Camerata 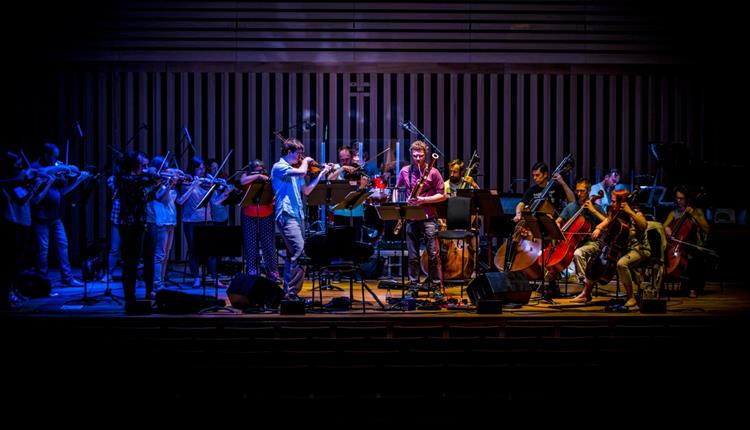 Manchester Camerata prides itself on an original combination of craft and courage. With 5 star reviews from The Independent, as well as the accolade of being hailed ‘Britain’s most adventurous orchestra’ (The Times), the orchestra is as comfortable opening Glastonbury Festival as it is recording Mozart at the highest level. They are passionate about the traditional craft of an orchestra and how it is evolving. By excelling artistically and having the courage to prioritise bold, compelling and diverse projects, Camerata will achieve its aim to make people feel better and make a positive difference to the health and wellbeing of its audiences and communities.

To achieve this artistic excellence and forward-thinking ethos, collaboration is at the heart of everything Camerata does. Led by its visionary Music Director, Gábor Takács-Nagy (who considers music to be ‘spiritual medicine'), they collaborate with diverse international artists, from Martha Argerich to New Order and Aziz Ibrahim to Lewis Capaldi. Their long-term artistic partnerships with Jean-Efflam Bavouzet, Jess Gillam and AMC Gospel Choir sit alongside performances and tours with eminent artists such as Pinchas Zuckerman, Arvo Pärt, Yefim Bronfman, Javier Perianes, Istvan Vardai and Leticia Moreno amongst others.

In partnership with Chetham’s School of Music, Manchester Camerata has embarked on a five-year collaborative project to perform and record all of Mozart’s piano concertos, bringing together world-famous pianist Jean-Efflam Bavouzet and Music Director, Gábor Takács-Nagy, to perform at Chetham’s exceptional concert venue, The Stoller Hall. The series to date has received international acclaim, including a Gramophone Awards nomination and ‘is shaping up to be a serious front-runner in a cycle of works that has never wanted for fine recordings’ (Gramophone).

With its live performances, Camerata plays music with no boundaries. From an orchestral rave performed in isolation to over one million people during the Covid-19 pandemic, to touring Mozart in the most beautifully intimate concert halls, or re-imagining classical music with electronic producers at the top of their game, they believe great music is great music and they present this to you at the highest level.

Collaboration is just as evident in Camerata’s award-winning health and wellbeing work. Its Camerata in the Community team works with world-leading researchers and practitioners in the field of dementia to deliver impactful and meaningful music therapy. This sector-leading approach has led the orchestra to teach best practice in Japan, Taiwan and Sweden with the British Council through years of experience and research in association with the University of Manchester.

As a charity, Camerata puts its communities first.

The orchestra’s schools programme uses music as a vehicle to help young people thrive personally, academically and socially. Camerata trains and upskills teachers and practitioners to embed creative music-making in school life and to ensure its ongoing impact.

Manchester Camerata believes in the transformative power of music and wants to share these moments with you.