You are here: Home > Things To See & Do > Renegade Brass Band at Band on the Wall

Renegade Brass Band at Band on the Wall 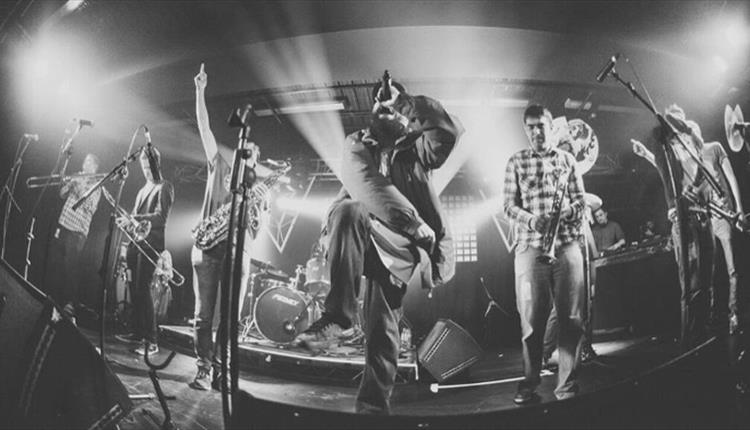 RBB have already established a big live reputation as a headline act, and have played packed-out shows at venues around the UK and Europe, and in the last year, they have supported acts including De La Soul, Grandmaster Flash, Public Enemy, The Cat Empire, The Apples, Quantic, Craig Charles and many more.

A hit with festival crowds across Europe, the band have played at festivals including Secret Garden Party, Sea Sessions Ireland, Tramlines, Kendal Calling, and several times at Soundwave Croatia, warming up for artists such as hip-hop and cut-up legends DJ Shadow and DJ Yoda.

For more information and to book tickets, click the link below.