You are here: Home > What's On > A LIFE in the Day of Arthur Lager at The Millgate Centre 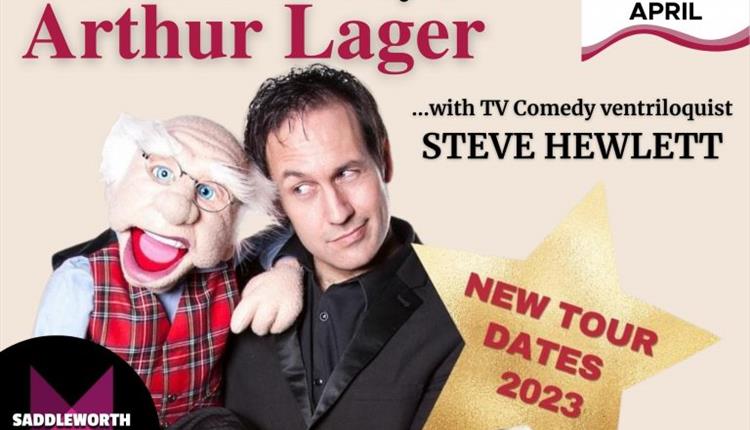 A LIFE in the Day of Arthur Lager

Britain’s Got Talent finalist comes to the Millgate.

Steve Hewlett brings Arthur Lager to life in this unique story of a Dummy who has lived life before the ventriloquist came along.

Visit the Millgate in Saddleworth where you will see a ventriloquist share his masterclass of ventriloquism, laughter and characters with your whole family in two shows for the price of one.

Act One consists of Steve showing off his many friends as well as his skills he has been honing worldwide for the past 25 years in show business. Meet ChiiChii, Pongo & Tina, Rod Vegas and Steve as they take you on a journey of fun.

Act Two sees Arthur Lager take to the stage and Steve acts as his guide reminiscing about the past from 1937 in London to Arthur hanging out with famous names in the 1960’s to meeting the love of his life making mistakes along the way… who doesn’t?

From the Britain’s Got Talent Finals to the Royal Albert Hall, from Bognor Butlins to Branson, Missouri in America, Steve is proud to share his 3rd UK Tour with you and is not shy in saying this is his best work yet.