You are here: Home > What's On > A Love Affair with Cranford - an exhibition

A Love Affair with Cranford - an exhibition 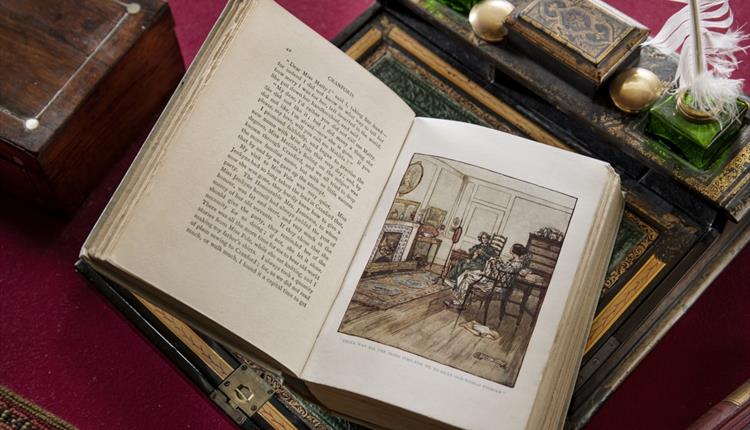 Elizabeth Gaskell’s House will reopen in May 2021 with a new exhibition focusing on one of Elizabeth’s most well-known collection of stories, Cranford.

This much-loved book has never been out of print, and from its early serialised incarnation in Charles Dicken’s Household Words to the much-loved BBC Television series starring Dame Judi Dench, the Cranford stories have been enjoyed by generations across the world.

Despite its chocolate box image, the stories of Cranford challenged the social constraints imposed on women of the Victorian era whilst stories of cows in pajamas and cats eating lace collars have kept readers giggling the world over.

This brand-new exhibition explores the enduring popularity of Cranford, the portrayal of the ‘Amazons’ who run the town, its worldwide reach from page to stage, and the many translated and illustrated editions that have been published since 1851. The exhibition will include rare editions of the book and one of the costumes worn in the BBC series by Elizabeth Gaskell’s House Patron, Dame Judi Dench.

Elizabeth Gaskell said that Cranford “is the only one of my own books that I can read again” and the fact she named her cat after the book suggests a fondness shared by many.

Families will be able to follow a Cranford Trail throughout the House with activity packs available free of charge. Look out for Cranford the cat and friends hiding around the rest of the House!

• Cranford is the only one of Elizabeth’s novels never to have gone out of print since it was first published in 1853.

• Elizabeth Gaskell’s House has over 90 different editions of Cranford in its collection including French and Japanese editions.

• Cranford wasn’t intended to be a novel – it started life as a series of Short stories in Charles Dickens’ Household Words first published in 1851.

• Charles Dickens, who loved Cranford, became impatient for episodes and in February 1852 wrote to Elizabeth, ‘O what a lazy woman you are and where IS that article!’

• The artist, John Ruskin, read Cranford aloud to his mother, who had already read it five times.

• Elizabeth had a much-loved cat named ‘Cranford’ whom she got from Paris.

• Manchester is named ‘Drumble’ in Cranford. With its railways and mills it threatens the country customs of the town.

Tickets can be pre-booked up to two weeks in advance via www.ticketsource.co.uk/elizabeth-gaskell-house. 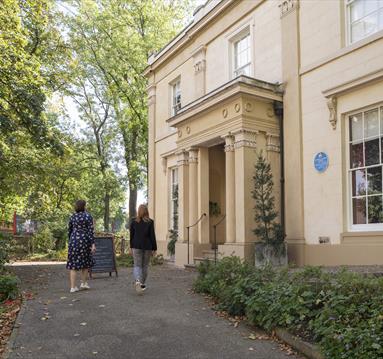 Elizabeth Gaskell's House, MANCHESTERWelcome to the home of Elizabeth Gaskell, Manchester’s very own Literary house. A truly hands-on experience that will introduce you to the world of the writer Elizabeth Gaskell and her family through historic period rooms, Victorian style garden, expert guides and changing exhibitions.