You are here: Home > What's On > A4 Brass Quartet - Uppermill Music Festival 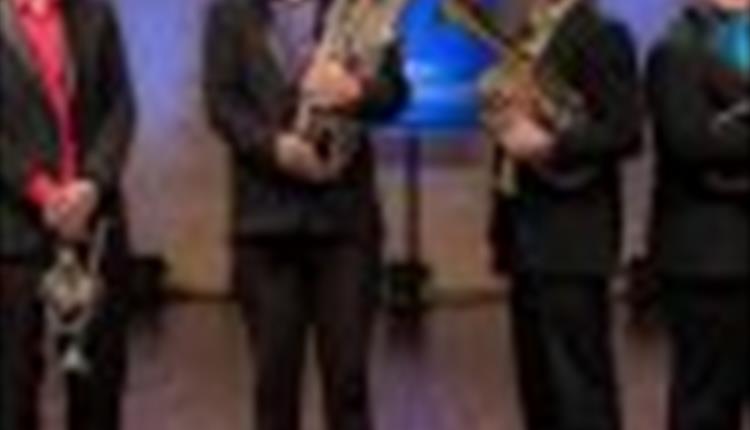 Winners of the Royal Overseas League Chamber Music Competition in 2018, this exemplary group bring style and polish to everything they play.

With “technical virtuosity in abundance” (Brass Band World), these four accomplished musicians, all principal players from some of the UK’s top brass bands (including Grimethorpe Colliery, Brighouse & Rastrick and Foden’s) come together to perform both lyrical and high-octane works.

Tonight’s programme has been carefully chosen to display the ensemble’s virtuosity to the full: whether in arrangements of more familiar gems or in brand news works written especially for them. A must for all lovers of brass at its best!

More recently they have completed engagements which included a residency at the Lieksa Brass Week in Finland, a concert in the Ceresio Estate Festival in Switzerland and a re-invitation to the Trakai Fanfare Week in Lithuania.

The Quartet has featured on national television and radio, appearing three times on both ITV’s Christmas Carol Concerts and BBC Radio 3’s ‘In-Tune’ with Sean Rafferty and Katie Derham. In 2016 they released their debut CD at the RNCM Brass Band Festival featuring new, original music composed for them, including works by Martin Ellerby, Edward Gregson, Oliver Waespi and Nigel Clarke.

The Quartet has a unique blend of instruments, with a cornet, tenor horn, baritone and euphonium creating an exclusive sound that stands out from the standard brass quartet. With this unusual instrumentation, A4 Brass has actively developed their repertoire, commissioning new music, composing and arranging music themselves.

You can buy tickets from the Uppermill Summer Music Festival website

Buy them from Uppermill Post Office (from May 8th)

please note all seating is unreserved

If travelling by train, the festival venues are all only a short walk (c. 10 mins) from Greenfield Train Station, on the Manchester Victoria to Huddersfield line,. Evening concerts are timed to coincide with train times.

Free parking can be found next to the museum, or at Saddleworth Leisure Centre (OL3 6HQ) about 500m from Uppermill Methodist and Sacred Heart Churches.