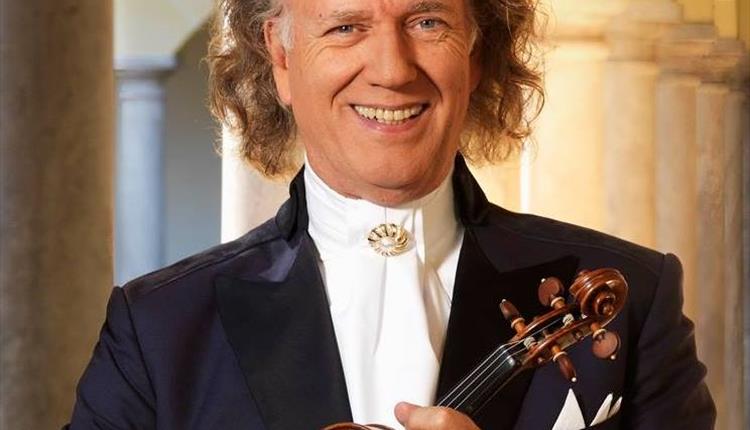 Violin superstar André Rieu has brought classical music closer to millions of people all over the world and made the waltz an international sensation. After the success of his 2022 tour through the UK and Ireland he announced some time ago his new concert dates for 2023. But since the demand for his fantastic shows is that high, he will also be visiting Manchester on May 12th, 2023.

André Rieu's romantic and joyful programs include a mix of light classics, waltzes, film and opera music and pop songs, performed by his Johann Strauss Orchestra, the largest private orchestra in the world. With his tours, André Rieu regularly sells more tickets than the world's most famous pop and rock stars.

The fact that he can finally be back on stage after a 2 year break from Corona makes the Dutch world star all the happier - his world tour has already taken him all throughout Central Europe to South America, and he will continue in Eastern Europe and Tel Aviv in the next few months before then closing the year with the concerts at the MECC in Maastricht. Furthermore, his new Christmas album ‘Silver Bells’, a CD/DVD set, is on sale now!

André Rieu is not just entertainment for an evening - he is for life!