You are here: Home > What's On > Black Men Walking at Oldham Coliseum Theatre 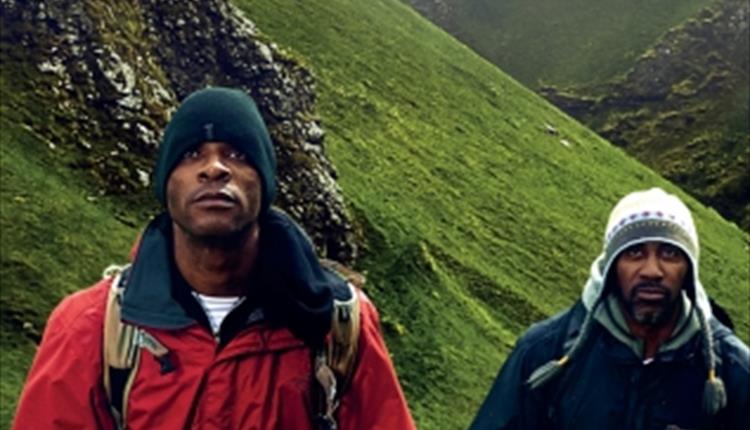 An Eclipse Theatre production
“We walk. Though we are written into the landscape you don’t see us. We walked England before the English.”

They walk the first Saturday of every month. Walking and talking. But this walk…

Maybe they should have cancelled, but they needed the walk today. Out in the Peaks, they find themselves forced to walk backwards through two thousand years before they can move forwards.

Make huge savings when you buy as part of a Season Ticket. Build your own here.

Access to Oldham town has never been easier thanks to Metrolink. The town centre line has three stops – Oldham Mumps, Oldham Central and Oldham King Street – meaning the many shops, attractions, events and leisure offer is all within a short distance. Journeys from Oldham Mumps into Manchester now only take around half an hour.

Free town centre parking : You can park for free for up to 3 hours on all Council owned town centre car parks (listed below) every Saturday and Sunday. To qualify for this offer you must take a ticket from the pay and display machine for the length of time you are intending to stay.