You are here: Home > What's On > Brigitte Jurack: Fieldnotes 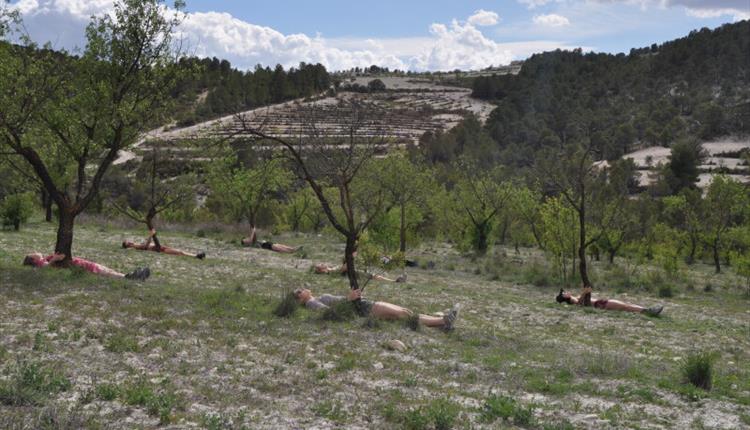 The next exhibition in the Ground Floor Gallery is Brigitte Juracks' Fieldnotes which opens on Sat 29 Oct running until Sun 29 Jan.

HOME’s forthcoming solo exhibition, Fieldnotes by artist, maker, educator and climate activist Brigitte Jurack, is her largest to date. Bringing together works produced in the UK, Spain and India over the last 4 years, this exhibition spans ceramic sculpture, drawing, collaborative happenings and video. Her works stem from a longstanding interest in mythology and fables and express a reverence for the natural world and environmental sustainability; craft and labour, as well as speaking to the extraordinary current times.

A regular programme of skep beehive making workshops call into question the impact of industrial-scale agri-chemical farming on biodiversity and interdependency of species, pollination and the importance of crop rotation in food production, through a reengagement of this endangered craft. A series of photographs documenting collaborative happenings with her students in two vastly different European climates, Dovestones in Greater Manchester and one of the most arid, La Joya in southern Spain, are a homage to water, an increasingly scarce natural resource, reimagining our relationship to landscape. A series of diaristic drawings of rocks and fungi started during the pandemic, practiced as a form of meditation to play with geometric micro structure and optical illusion, form the basis for an invitation for visitors to ‘slow look’ at natural forms using paint and natural objects.

And a series sculptures, Scavengers, ‘document’ the idiosyncratic characteristics of foxes, crows and monkeys in the medium of ceramics, continuing the artist’s study of form through an engagement with the haptic qualities of clay. These ubiquitous, often anthropomorphised animals are significant in both cultural and religious symbolism. Known for their intelligence, wit and ability to adapt, they populate urban spaces where concrete and wilderness merge, and where forgotten urban spaces can host greater biodiversity than industrial farmland.

At a time when we have been required to make significant and once unimaginable changes to our lives, this work highlights the importance of everyday creativity, fresh air, access to greenery in nurturing our mental wellbeing, Jurack’s exhibition urges us to consider our individual relationship to the natural environment, climate change in shaping a new future.

Brigitte Jurack studied at the Kunstakademie Düsseldorf. She works in the UK where she co-founded the artists’ collective Foreign Investment. She is a Reader and leads Sculpture/Time-based Arts at Manchester School of Art, Manchester Metropolitan University, where she is also the International Lead for the Department of Art and Performance. Jurack is based in the Liverpool City Region, having transformed a Victorian Bakery into the Alternator Studio and Project Space.

Jurack’s work has been exhibited widely in exhibitions at FILET (London); IMMA (Dublin); Kunsthalle Düsseldorf and Bluecoat (Liverpool). She has held fellowships at the British School at Athens, ICI Redcar, EKWC Hertogenbosch, the Sanskriti Foundation, New Delhi. She published Irfaran, Travel and Work (2007), a book, which focussed on the artist as globetrotting worker in the twenty-first century. Her most recent publication and exhibition What’s left behind (2021) concentrates on adaptability, wit, intelligence and play in the light of growing environmental pressures.