You are here: Home > What's On > DJ Paulette Presents Together 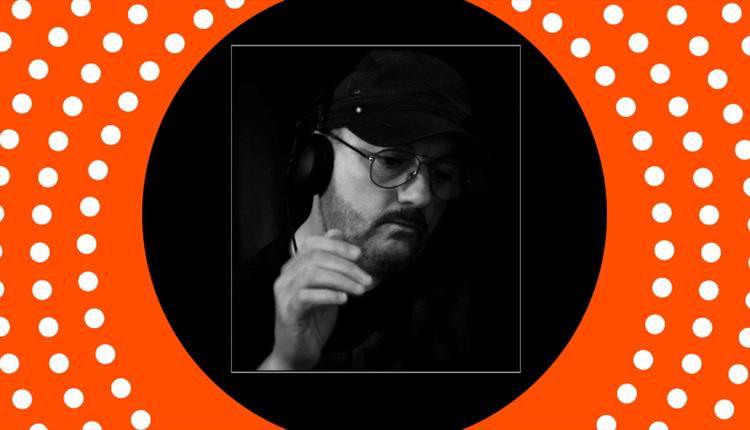 Join us at The Bruntwood Stage at Homeground for DJ Paulette Presents Together shining like a beacon of hope into our community, social lives and calendar.

Over 50 days every weekday evening, The Bruntwood Stage hosts a stellar array of talent old and new from Greater Manchester’s homegrown, rich, diverse, and musical heritage including the brightest stars from the club, alternative, pop, r n b, soul and electronic arenas.

About this week’s DJs:

Abigail Ward
Having spent 12 years as a counter jockey in Manchester’s most cherished independent record stores, Piccadilly, Vinyl Exchange and Kingbee, Abigail Ward is, to paraphrase James Murphy, a true veteran of the disk-shop inquisition. A trusted picker of tunes for many of the city’s biggest DJ names, she eventually struck out on her own, initially curating a series of unofficial film score compilations under the Big Strings Attached moniker. This led to a long-running listening party of the same name, which for a while took place in a disused church in Harpurhey.
These days she thrives on creating absorbing multi-genre musical road trips that stay with the listener long after the final note has faded. She has curated selections for NTS, BBC 6 Music and Reform Radio and currently holds a residency at The Refuge, where she also co-curates the annual women-focused DJ fundraising event, Suffragette City.
In 2018 Abigail opened up for Doves at Warrington Parr Hall – their first gig in a decade. She says the most important component in music is mystery, and the best songs are those that make you want to pull onto the hard shoulder and weep.

Rob Jones
Rob’s sets cover house, tech house, disco, pop & everything in between. Basically if it “”moves”” a dance floor he will play it – there are no boundaries!
He is part of Supernature Disco collective so has a monthly residency at Supernature in Manchester.
He also runs his own successful night called Your Disco Needs You since Feb 2017 (3rd Saturday Bi-Monthly).
His up for it sets has ensured he regularly guests for Qwerk in Manchester and has also seen Rob play @ Eden Festival up in Scotland, Bluedot & Henley Festivals and regularly plays at Freight Island.
In 2015 he made his radio debut on RejuveRadio & is now co-host on the award winning Reform Radio alongside the Supernature Collective with their own show, which has been running since December 2017. He is also resident guest DJ on Triple Dee Radio Show and has seen him appear on Midnight Riot Radio too.
During lockdown he was asked to be a guest reviewer in the New York DJ Times.

Sam Flanagan
Sam is multi-genre DJ and turntablist specialising in soul, funk, disco, hip hop and house. The Guardian named him Lancashire’s answer to ‘2 Many DJs’ and DJ Yoda describe him as the hot UK mixtape name to look out for in the future in Hip Hop Connection magazine. Sam has most recently produced mixes for BBC Radio 1 BBC Sounds and BBC 6 Music.

Jaegerossa
Producer, DJ, promoter, A&R and music obsessive, Phil Rose AKA Jaegerossa is one of the most important players in the disco scene thanks to his work with Midnight Riot, one of the biggest disco labels of the decade. And thanks to his new musical project Platinum City, he’s set to be one of the scene’s biggest stars.
As the driving force behind Edit, Manchester’s epic disco-loving monthly party, Phil is an in-demand DJ having been billed alongside Francois K, DJ Spen, Jellybean Benitez, Greg Wilson, Mousse T, The Reflex, John Morales and Joey Negro.
At home DJing funk, soul, disco and house, Phil is the resident DJ at Hoochie Coochie, the beloved Newcastle disco den and also at Liverpool’s Stardust events where he supported Purple Disco Machine.
As well as digging deep as a resident, Phil is a headline DJ in his own right, having played for legendary Ibiza brand We Love, Festival No.6, Alfresco Festival, Boogie in Wonderland, the Southport Weekender, Kiss Da Funk, Classical Uproar, Circo Loco and more.
And as one of the main men at Midnight Riot alongside Yam Who?, Phil is responsible for ‘one of the most influential disco labels of the decade’ according to industry bible Mixmag. Raised on an eclectic diet of Beethoven, Bowie and Motown, he’s put his musical education to good use at Midnight Riot, creating one of the most influential and successful labels in the world home to names like Dr Packer, Danny Kane, Amp Fiddler, HiFi Sean and more. Under Phil’s guidance, Midnight Riot is now a must-listen podcast now syndicated to Australia, Argentina and Holland and listeners from across the globe.
As well as a promoter and record label A&R, Phil is a chart-topping producer. First, under his Jaegerossa name and more recently as Platinum City, he’s lit up the charts with his unique mix of disco, funk and house.
Phil co-created the Jaegerossa brand alongside Chris Hunter, and had instant success when their debut single ‘Move Your Body’ was premiered on Radio 1 by Pete Tong.
More recently, he’s used the Midnight Riot label to launch his new production alias Platinum City. Channelling prime-time vocal disco house, their first release ‘Nothing But The Music’ was lodged at the Traxsource top spot for a month. Platinum city’s first single change notched up a No4 spot on traxsource was supported on the glitterbox stream by DJ Melvo Baptiste and disco royalty Horse Meat Disco.
Incredibly passionate and with a natural ear for what works on the dancefloor and turntable, Phil Rose continues to be one of the most well-respected DJs, producers and promoters in the disco and house scene. 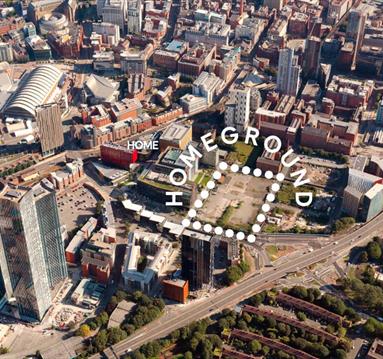 Homeground, MANCHESTERHOME, Manchester’s largest multi-arts venue, have launched a massive temporary outdoor arts space in the heart of the city. The new space, named Homeground, will be located on an 80,000ft2 future development site on First Street, just next to HOME.