You are here: Home > What's On > Festive Sundays in Manchester City Centre 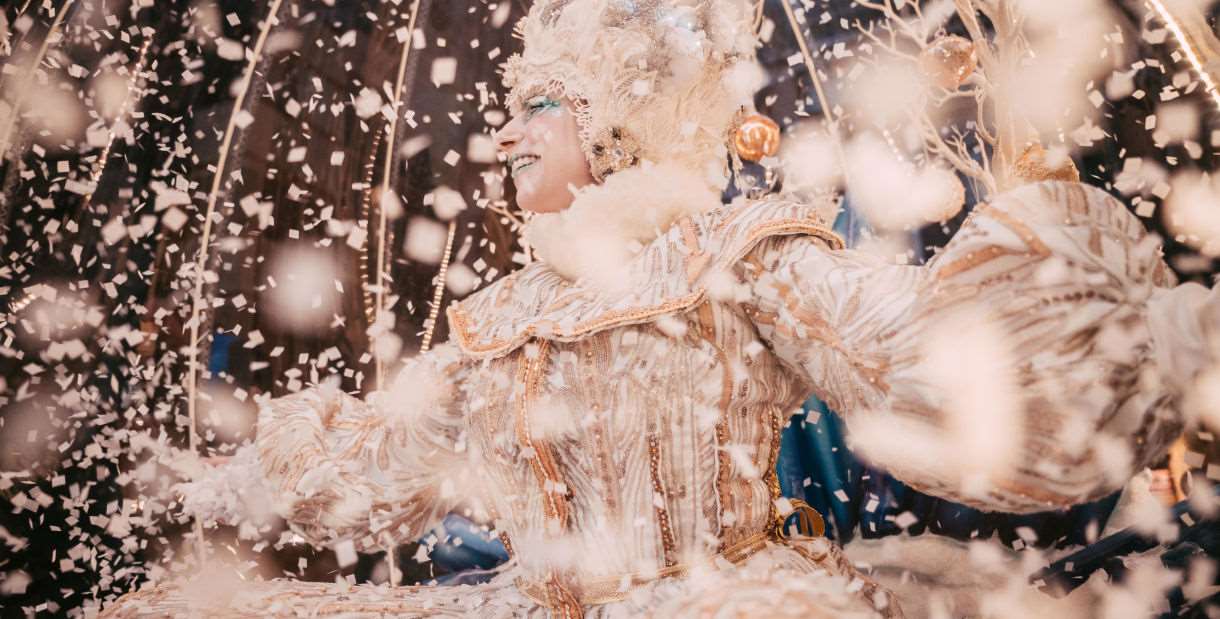 Manchester city centre will be getting into the Christmas spirit with its series of Festive Sundays - six consecutive Sundays of sparkling street performances to delight and surprise families in the run up to Christmas 2022.

Commissioned and produced by Manchester Business Improvement District, on behalf of the city centre’s leading retailers and hospitality venues, in partnership with Manchester City Council, Festive Sundays will see roaming puppets, supersized penguins and illuminated bands take to the city’s main shopping streets, every Sunday from 13 November - 18 December.  The events will create a fun and festive atmosphere for those doing Christmas shopping and enjoying Manchester’s bars and restaurants or visiting the city’s famous Christmas Markets.

On Sunday 11 December Manchester will welcome its first ever Christmas Parade. With well over 100 participants, the magical parade filled with all the sights, sounds and sparkle of Christmas, will weave its way through the streets of the city centre, to bring some extra special Christmas cheer to the city.

Sunday 18 December will see the return of the Toy Procession. Created by Walk the Plank, the creative minds behind the city’s Manchester Day Parade, the procession will bring fun and festive Christmas characters to the city’s shopping streets.