You are here: Home > What's On > Fisherman's Friends 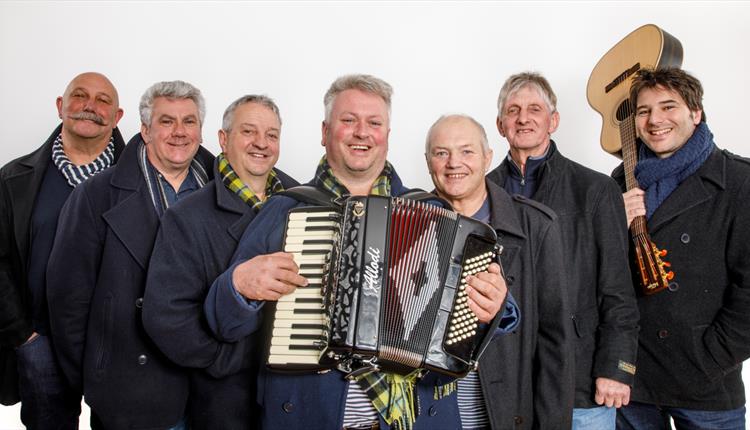 Bound together by lifelong friendship and shared experience for more than 25 years, the Fisherman’s Friends have met on the Platt (harbour) in their native Port Isaac to raise money for charity, singing the traditional songs of the sea handed down to them by their forefathers.

In 2010 they signed a major record deal and their album Port Isaac’s Fisherman’s Friends went gold as they became the first traditional folk act to land a UK top ten album. Since then they’ve been the subject of an ITV documentary, released the hit albums One and All and Proper Job and played to hundreds of thousands of fans at home and abroad.

The Fisherman’s Friends have been widely credited with starting the revival of interest in shanty-style choral singing but a cornerstone of their success has been their constantly evolving and expanding repertoire.