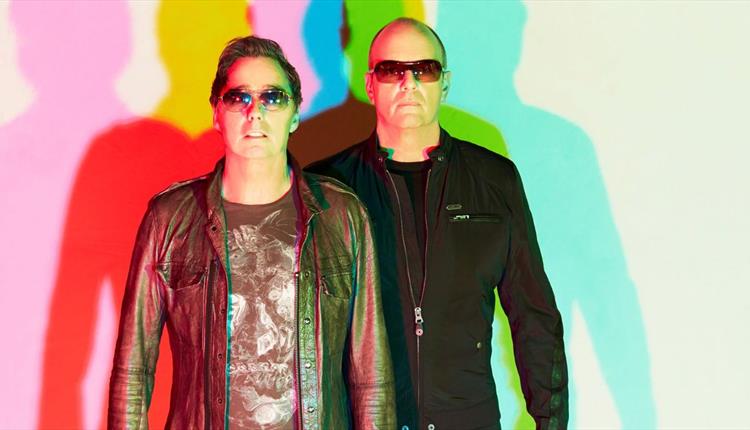 Peter Cox and Richard Drummie first met in 1974. They signed as songwriters with ATV Music in 1982 and as recording artists Go West with Chrysalis Records two years later.

Their debut single 'We Close Our Eyes' was released in the spring of 1985. It reached number 5 in the UK charts and became a top 10 hit in the USA. This success was followed by three further UK top 10 hits 'Call Me', 'Goodbye Girl' and 'Don't Look Down'. The album 'Go West' sold 2 million copies worldwide and remained on the UK chart for 83 weeks, establishing them as one of the finest songwriting partnerships to emerge in the 80s. In 1986 they won the BRIT Award for 'Best British Newcomer' the one BRIT which is decided by the listening public.

Six albums and 20 million sales later, Go West are stronger than ever. They have enjoyed numerous chart singles worldwide, notably 'King Of Wishful Thinking', the opening song in the hugely successful film 'Pretty Woman'. 'King Of Wishful Thinking' received ASCAP awards in 1991 and 1992 as one of the most played songs on American radio. 'Faithful', the second single from their 'Indian Summer' album, received similar BMI Awards in 1992 and 1993.

Go West have played live around the world continuously since their inception and saw out 2013 headlining a hugely successful tour with 80s contemporaries Hue & Cry and The Christians, playing to 32 packed houses across the UK. They have earned their reputation as an outstanding, exciting live act.