You are here: Home > What's On > Gothic Manchester 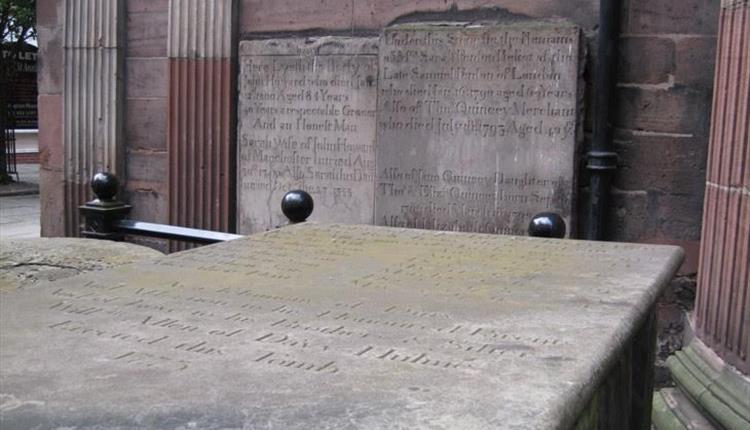 Manchester is a buzzing, regenerated city full of hedonism, culture and sport, yes? Until you look deeper, it is…

The Gothic undertow in this city writhes just below its glossy surface. Mostly we’re blinded by the busyness of everyday life but this walking tour of our streets and backstreets will show you a little of what is hidden in plain view. Meet guide Anne Beswick outside Manchester Cathedral on Saturday 22nd June at 12 midday for a walking tour (until 1.30pm) which shows an alternative side to Manchester.

Right here on the city streets is the evidence of death by disease, violence and despair. Right here is the Gothic in architecture and literature, a legacy from the past. Manchester isn’t only a superficial city. There’s more here than you know. Come and find out what really happened on the streets of our so-called original, modern city.

At the break in the year that is the summer solstice, when the light begins to disappear, join Anne, an esteemed local guide who has walked these streets and watched unnoticed for many, many years. She will remind audiences of the other side of Manchester.