You are here: Home > What's On > Grayson Perry: The Vanity of Small Differences 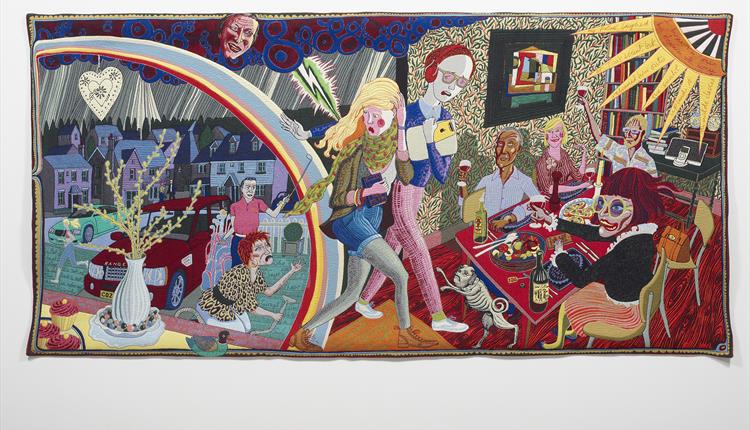 The Vanity of Small Differences is a series of six large-scale tapestries by the Turner-Prize winning artist Grayson Perry.

In The Vanity of Small Differences (2012), Grayson Perry explores his fascination with taste and class. These six tapestries were created alongside the Channel 4, Bafta-winning documentary series All in the Best Possible Taste with Grayson Perry (2012), in which Perry visited three very different regions of England, exploring the taste of the different social groups he encountered.

The tapestries look at English class through the story of the life of Tim Rakewell, and his progress through modern British society from humble birth to famous death. They are composed of characters, places and objects that Perry encountered on his travels through Sunderland, Tunbridge Wells and the Cotswolds. As well as drawing on these experiences, Perry also took inspiration from art-historical imagery: often early Renaissance religious works but also, and most importantly, William Hogarth’s series of paintings A Rake’s Progress (1733), which tells the story of the rise and fall of a young man who loses his inherited fortune through a series of bad decisions.

The tapestries tell the story of class mobility, for I think nothing has as strong an influence on our aesthetic taste as the social class in which we grow up. I am interested in the politics of consumerism and the story of popular design but, for this project, I focus on the emotional investment we make in the things we choose to live with, wear, eat, read or drive. Class and taste run deep in our character – we care. This emotional charge is what draws me to a subject. Grayson Perry

The Vanity of Small Differences is jointly owned by the Arts Council Collection, Southbank Centre, London and the British Council Collection. Gift of the artist and Victoria Miro Gallery, with the support of Channel 4 Television, the Art Fund and Sfumato Foundation with additional support from Alix Partners.

The UK tour of the tapestries is supported by the Art Fund and the Sfumato Foundation. 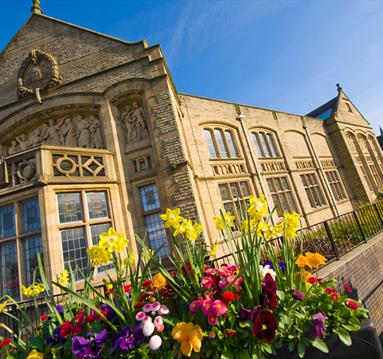 Touchstones Rochdale museum, art gallery and cafe, ROCHDALEFull of fun activities for the kids, fascinating facts for adults and, for the not so young, a chance to share some cherished memories. Come and discover Rochdale's past and, perhaps, help shape its future.