You are here: Home > What's On > Guest exhibition 'Literature in the Mines'

Guest exhibition 'Literature in the Mines' The exhibition will be viewable on Friday afternoons, while the Library is open to drop-in visitors.

This is a pop-up exhibition created by Piston, Pen & Press, an Arts and Humanities Research Council-funded project which aims to understand how industrial workers in Scotland and the North of England, from the 1840s to the 1910s, engaged with literary culture through writing, reading, and participation in wider cultural activities.

As the popular press, workers’ periodicals, published poems and autobiographies, surviving records of local libraries and reading rooms, and society accounts show, industrial workers spent substantial amounts of their working lives and brief leisure time in writing, reading, and discussing works of literature. Literature in the Mines highlights miners who alongside their arduous working lives created poetry, songs, plays, fiction and prose, finding local and trades newspapers a welcoming venue for their works. The exhibition also features women and mine work.

Alongside the pop-up banners the Library is displaying related material from its own collections, including mineworkers’ poetry, songs and fiction from the 19th century to the present. Reports on sadly frequent mining accidents and disasters also feature, as well as examples of strikingly-designed 1840s broadsides relating to miners’ disputes with their employers.

There was a free accompanying live-streamed talk by project co-leader Kirstie Blair on 24 November, 'Prating of the pit: Northern miners as writers and readers in the long 19th century'. A recording is now available on the Library's YouTube channel www.youtube.com/wcmlibrary/videos.  The other project co-leader Michael Sanders has recorded specially for us a series of six very short introductory videos about the exhibition and these can also be viewed at www.youtube.com/wcmlibrary/videos.

The Library has also shared on its blog excerpts from a fascinating bound volume currently being digitised by a WCML volunteer, and which brings together a range of different handbills and pamphlets which relate to the coal trade c.1818-1845. It’s known as the Coal Trade Papers. 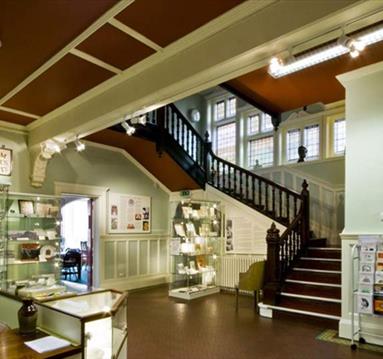 Working Class Movement Library, SALFORDDiscover more about the workers who strived for recognition before, during and after the Industrial Revolution at Salford's unique library.