You are here: Home > What's On > James Morrison 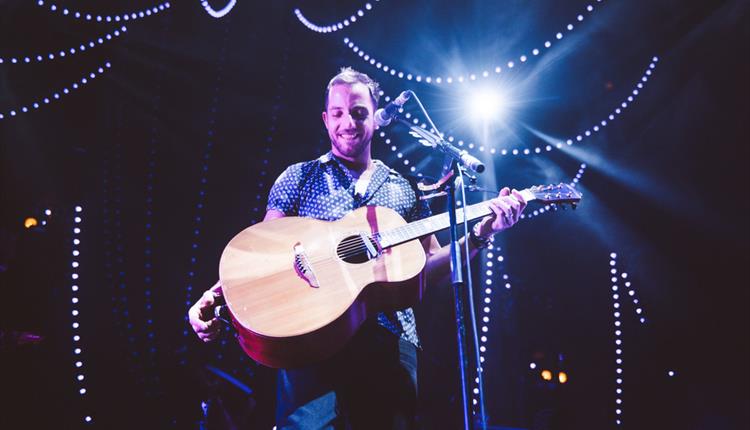 Back in the mid-00s, making a dent in the music industry mostly involved a creative and aggressive MySpace strategy. Massively bucking that trend, James Morrison's arrival proved that there was still a lot to be said for a great voice. The Warwickshire singer-songwriter took the best elements of smooth soul and hushed folk and elevated it with vocals that crooned and croaked in all the right places.

Surrounded by soul, folk and country as a child, Morrison was still relatively young when he left home to forge a career as a singer-songwriter. Polydor caught wind of his demo and quickly signed him, kick-starting a rapid rise to success via his debut Undiscovered in 2007. Touring with the like-minded Corinne Bailey-Rae, collaborations with Jason Mraz and Nelly Furtado, and a successful turn on Later… only accelerated a rise that could be called meteoric, were it not for Morrison’s commendable work ethic laying the foundations.

Morrison built on his early success with 2007’s Songs For You, Truths For Me. Support slots with Bruce Springsteen, Elton John and Paul Weller followed and 2011’s The Awakening strengthened Morrison's position, going to No.1 in the UK album charts. Personal tragedies almost led to a premature end to his career, but Morrison returned in 2015 with a move towards a more bombastic pop approach on Higher Than Here. He was back in more familiar troubadour territory for 2019’s You’re Stronger Than You Know.

In 2021, James Morrison announced a Greatest Hits UK tour for March and April 2022.