You are here: Home > What's On > Jock McFadyen Goes to the Lowry: An exhibition 45 years in the making

Jock McFadyen Goes to the Lowry: An exhibition 45 years in the making 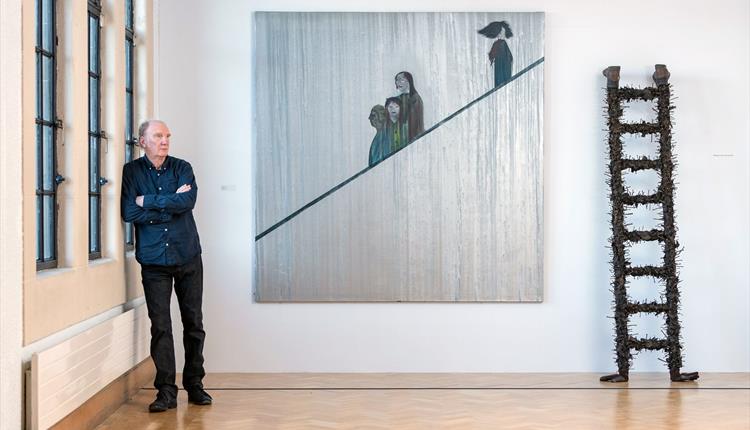 Jock McFadyen launched his career in the punk era of the 1970s and 1980s and is a painter well known for his preoccupation with texture, transparency, colour and tone and a deep empathy for the people and places featured in his work.

The resonance between McFadyen's work and that of LS Lowry is evident. From his desire to shine a light on the everyday lives of ordinary people to his panoramic, empty landscapes.

McFadyen’s interest in The Lowry collection will be showcased in the exhibition as he hand picks his favourite works to be shown alongside his own display.

McFadyen was born in Paisley in 1950 and moved to England aged 15. His work is held in 40 public museum collections including Tate Gallery, The National Gallery, The V&A and The British Museum. McFadyen was elected to The Royal Academy of Arts in 2012 and in 2019 was co-ordinator of that year's Summer Exhibition.

“I paint places and people - As did Lowry.  To have the opportunity to exhibit my pictures alongside his in a gallery dedicated to his work is the thrill of my career.” JOCK MCFAYDEN