You are here: Home > What's On > Katherine Jenkins 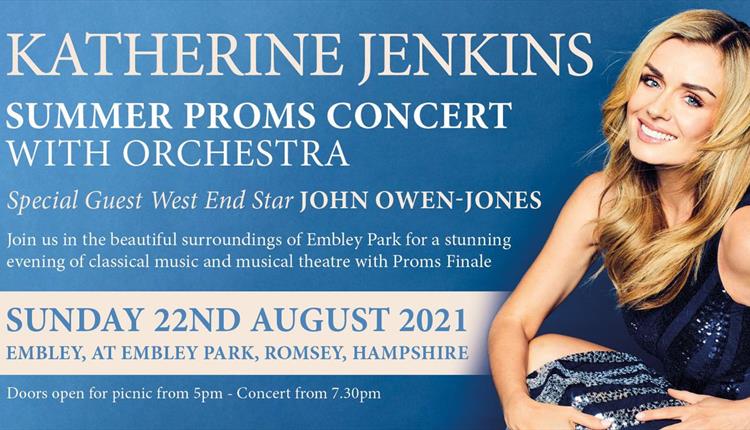 Cherished as one of Britain’s all-time favourite singers, in 2017 Katherine was officially crowned **The No.1** selling '**Classical Music Artist of the Last 25 Years’ **by Classic FM, and made chart history when her last album ‘Guiding Light’, became her 13th UK Classical No.1 album, further cementing Katherine's position as the world’s most prolific artist in UK Classical chart history.

As one of the UK’s greatest musical exports, multi-award winning Katherine has performed all over the world, for the Pope, for Presidents and is a favourite of the Royal Family, having been invited to sing 'God Save The Queen' at Her Majesty's Diamond Jubilee, perform at Her Majesty's Coronation Concerts at Buckingham Palace and by special request at Her Majesty's 90th birthday celebrations at Windsor Castle. She has embarked upon numerous sold out tours and duetted with such names as Andrea Bocelli, José Carreras, Dame Kiri Te Kanawa, Bryn Terfel, Rolando Villazon, and Il Divo, amongst others. Katherine was awarded an OBE at the 2014 New Year’s Honours List for her services to music and charity and wowed audiences and critics alike with her stellar performance as Julie Jordan in Lonny Price’s semi-staged production of Carousel at the London Coliseum in 2017.