You are here: Home > What's On > Let Me Entertain You

Let Me Entertain You 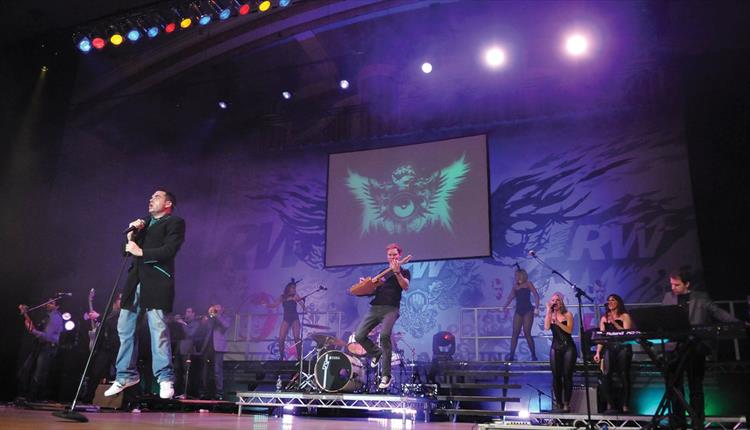 Be captivated by the world of our greatest pop star Robbie Williams in this full stage production, celebrating the music of our UK born icon with huge stage sets, a host of talented musicians, state of the art video and that hint of Robbie magic.

Playing the part of Robbie Williams, **JK** has been recognised as the greatest tribute to Robbie Williams throughout the world and has toured 22 countries playing to audiences of more than 3 million in 18 years and has appeared on over 30 TV shows throughout the world including ITV, BBC and MTV. His look, voice and charisma are what you would expect from a world class show.

The show will transport you to the famous Robbie Williams show at Knebworth over to the Royal Albert hall swing show and back to the Heavy Entertainment show Robbie toured in 2017.

The show has had the pleasure of having star guest duets in the past, one being Robbie Williams’ father who has toured and performed duets with Robbie on 3 world tours. This duet featured on the show’s DVD.

Tickets sell quickly; so for your chance to see the most spectacular stage production celebrating the music of the most awarded UK artist in history, then book now!