You are here: Home > What's On > Louder Than Words 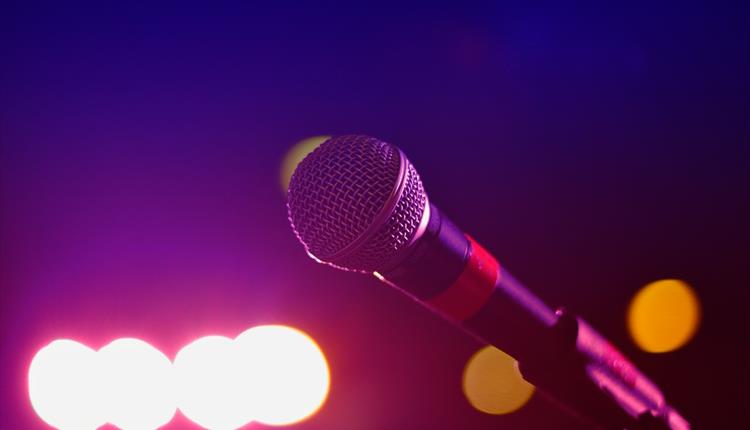 *** The literary Festival celebrating words – oral, written and published – associated with music culture ***
· The music/literary Festival returns for its seventh, and biggest, year!
· From Thurston Moore (Sonic Youth) and Wayne Hussey (Sisters of Mercy / The Mission) to Jo Wood, Jordan and Jim Bob Carter, the line-up is now shaping up
· Panels, Q&As and performances make up the weekend
'Filling an intriguing niche that we didn't realize needed filling until it was full', Crack magazine
'The only festival that interrogates the love affair between music and the written word', Cheshire Life
'Where Glastonbury meets the Hay Literature Festival', Silent Radio

The Louder Than Words Festival of music and writing grows louder each year. Now in its seventh edition, this remains the only festival that interrogates that enduring love affair between music and the written word.

There are some significant names still to be confirmed, but much of the programme is already secured. Festival highlights include legendary musicians such as Sonic Youth's Thurston Moore, and Eva Prinz of the Ecstatic Peace Library in conversation, with Moore also playing a gig in Manchester, in association with Louder Than Words. Also at Louder is Wayne Hussey of The Sisters of Mercy and The Mission. It's the end of a 50 gig tour for Wayne and fans of both Mercy and Mission should expect the guitar to come out. On the punk angle, the original punk – Jordan – is back, talking to writer Cathi Unsworth about their acclaimed biography Defying Gravity, while Jo Wood will talk about her life with The Rolling Stones. Edwyn Collins will appear with his wife Grace Maxwell, in conversation and no doubt playing songs from the new album Badbea. If your tastes are towards the esoteric, how about Unstoppable Sex Machine Jim Bob Carter… or even Mike Flowers of The Mike Flowers Pops?

There are fabulous highlights and fantastic events across the Festival. From the radio angle we have not only 6Music's Steve Lamacq, but also Matt Everitt. In terms of music books we have Daniel Rachel- winner of Music Book of the Year - talking about his new Rankin' Roger book and from a record label perspective, Darryl Easlea will discuss his new Decca book, and Eamonn Fordewill chat about his EMI account. From an academic angle, there's Lucy O'Brien, Simon Philo, and Simon Warner on his study of music and Jack Kerouac. Q&As are hosted by Louder's John Robb (amongst others) and you can expect some very special performances. and panels on the rave scene, Bowie, Brit Pop, The Beatles and much much more.

Since its first incarnation in 2013, audience and contributor numbers have more than doubled at Louder Than Words, which in turn has only increased the variety of talks, panels and workshops programmed over the weekend. Over those years the festival has welcomed music characters such as Rick Buckler (The Jam), Guy Garvey, Viv Albertine, Mary Anne Hobbs, Woody Woodmansey (The Spiders From Mars), Wolfgang Flur (Kraftwerk), Brix Smith (The Fall), Tim Burgess (The Charlatans), Miles Hunt (The Wonderstuff), Hugh Cornwell (The Stranglers), Chris Difford (Squeeze) and Andy McCluskey (OMD) as well as writers such as Ian Rankin and Paul Morley to Manchester, talking all things musical and literary… as well as the spiritual godfather of the festival, Wilko Johnson.

As well as looking back with most significant music personalities of past decades, Louder Than Words also celebrates future voices, with a continuing focus on the role of education in music and journalism, whether that be working with the Slam Poetry team, bringing local schoolchildren to the festival; involving students as volunteers and panellists; arranging workshops and panels on everything from writing and getting published, making music, DJing and music law. The Wilko Johnson Writing Award will make an extremely welcome return, celebrating young music writers under 25, and there is much to be enjoyed on the Festival fringe.

Now fully embedded as the UK's biggest and best music writing Festival, and the key weekend for anyone interested in that essential connection between words and music, Louder Than Words welcomes new visitors, alongside those who come every year; attendees from down the road… and those who make the journey from as far afield as San Francisco and Moscow. As well as hearing stories from this incredible personalities, the Festival also offers a unique chance to get up close to people often only seen on the stage; in a much more social, conducive atmosphere of the suitably grand Principal Hotel. Built in 1895 as the Refuge Assurance Building, the Grade Two listed structure's eclectic baroque style provides the perfect venue for an event of such diverse topics, with varied rooms used, including the elegant, wood-panelled Director's Suite and the Post Room, for more social occasions, book signings and networking. The hotel recently had a multi-million pound refurb, which includes the bar and restaurant 'Refuge', where you are likely to find these musicians, and indeed music writers, catching up and reminiscing after their events.

More news will come from Louder Than Words in the coming weeks.

Time: November 8-10 2019
Place: The Principal Hotel, Oxford Road, Manchester, M60 7HA
Tickets: Tickets are available via http://louderthanwordsfest.com/tickets/ and are available as weekend passes, day passes, or event tickets, ranging from £6 for an event to £70.66 for a pass to the whole three-day weekend
The festival is co-curated by Jill Adam and John Robb
For all and any further information on Louder Than Words, contact Dr Jill Adam, Creator and Curator of the Festival, at jilladam@louderthanwordsfest.com. For press enquiries and interviews contact Simon Morrison at Pad Communications – padcommunications@gmail.com.