You are here: Home > What's On > Loudon Wainwright III 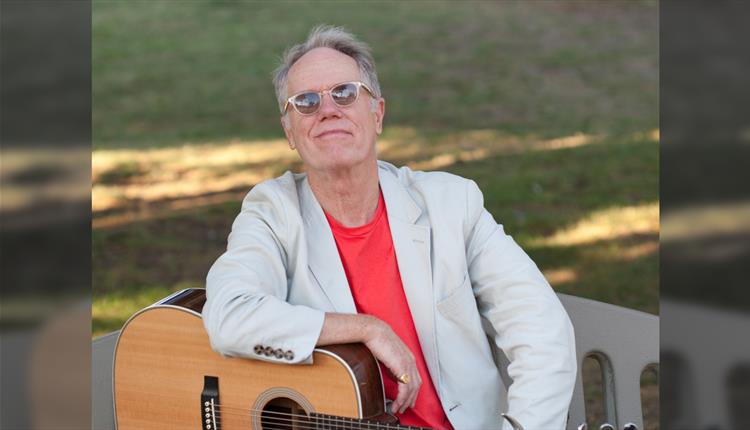 ´Haven’t Got the Blues (Yet)´ or ´HGTB(Y)´, for short—is the 26th album in the long and illustrious career of Loudon Wainwright III . It follows his acclaimed Older Than My Old Man Now album—´´my death n’ decay opus,” as Wainwright calls it, and 2010’s GRAMMY Award winning ´High Wide & Handsome´. In ´HGTB(Y)´ he broadens his scope with a 14-song, genre-bounding set (´´eclectricity,” he calls it) dealing with varied subject matter including depression, drinking, senior citizenship, gun control, heartbreak, pet ownership and New York City’s arcane practice of alternate side-of-the-street parking. Uproariously rocking lead track ´Brand New Dance´, which evokes The Big Bopper’s classic ´Chantilly Lace´, is ´´me moaning and groaning about the horror and embarrassment of personal physical diminishment in the wider context of the world in which we live today,” Wainwright states. Wainwright has also starred on TV in M.A.S.H. and Undeclared, and on Broadway in Pump Boys and Dinettes. Most recently, he appeared in Soderbergh’s film Mosaic, and has been performing a one-man theatrical show, Surviving Twin, which combines his songs and the writings of his late father: Initially developed as part of University of North Carolina´s Playmakers series, Surviving Twin focuses on fatherhood—both being a father and having one—and also explores the issues of birth, self-identity, loss, mortality, fashion, and of course, pet ownership. Chaim Tannenbaum For over 50 years, when he wasn’t studying mathematical logic, or teaching philosophy, Chaim Tannenbaum sidelined as a musician. He was featured on The McGarrigle Hour (1998) and Loudon Wainwright III’s Grammy-winning High Wide & Handsome (2009). But he never made a record of his own. Until now. His original songs poignantly depict homesickness, romantic loss, and the perils of rooting for the Brooklyn Dodgers. The covers, which reflect the lifelong enthusiasms of a musical omnivore, make manifest a mixed-up world muddled somewhere between spiritual devotion and material dissolution - in short, the world.