You are here: Home > What's On > Lowry & The Pre-Raphaelites 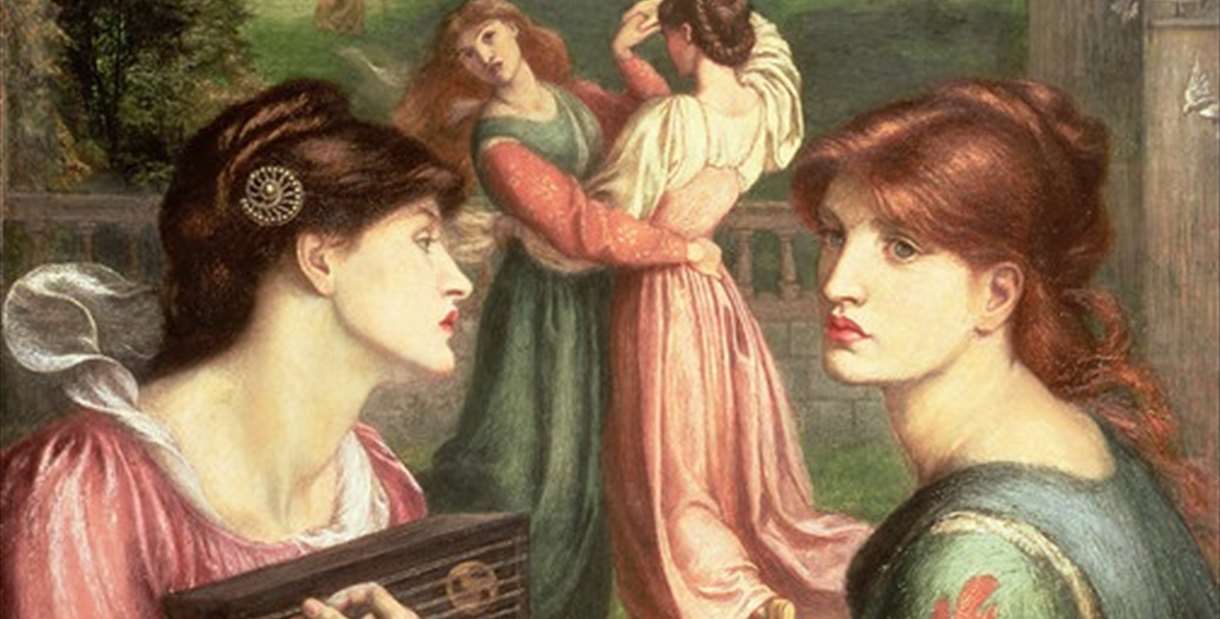 Prints of his work adorn the walls of homes up and down the country, but for LS Lowry, there was only one artist whose work he wanted to ‘look at last thing at night and first thing each morning’ and that was the Pre-Raphaelite Brotherhood co-founder, Dante Gabriel Rossetti.

Now, The Lowry in Salford is set to bring together more than 40 works by Rossetti, Ford Madox Brown, Sir Edward Coley Burne-Jones and others for an exhibition entitled Lowry & The Pre-Raphaelites, which will open to the public on Sat 10 November and run until Sun 24 February (2019).

The Pre-Raphaelites were a group of 19th century artists who ‘rebelled’ against the accepted thinking and artistic teaching of the time. They produced and promoted a style of painting ‘uninfluenced’ by the work of the Italian painter Raphael, whose work they believed had had a corrupting effect on the academic teaching of art - hence the movement’s name ‘pre’ Raphael.

Work by Rossetti on display will include The Bower Meadow, Joli Coeur and Portrait of Alexa Wilding – a chalk on paper sketch that Lowry himself owned and which hung on his bedroom wall until his house was cleared following his death in 1976.

Lowry acquired much of his own Pre-Raphaelite collection from the Stone Gallery in Newcastle. He was a frequent visitor and president of their Rossetti Society. A pencil drawing of the Stone Gallery by LS Lowry features in the exhibition in tribute.

Julia Fawcett OBE, chief executive of The Lowry, said: “It has been a long-held ambition of The Lowry to bring together the work of Rossetti and other Pre-Raphaelite artists so that we can tell the story of their importance to Lowry and we are very grateful to all the private collectors, museums and galleries that have loaned work to us – and our exhibition sponsor, Sotheby’s, for making this exhibition possible.”

In July 2014, The Lowry galleries were reamed The Andrew and Zoe Law Galleries in recognition of the couple’s £1m donation to the arts centre, which is a registered charity.