You are here: Home > What's On > Madeleine Peyroux 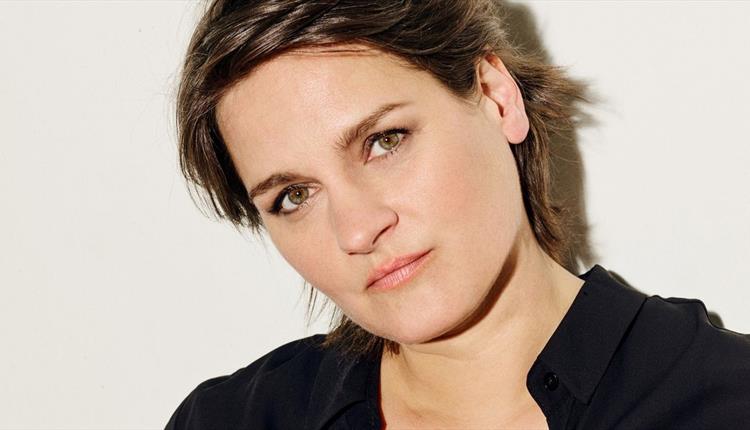 Madeleine Peyroux is either an old soul or was "born with it" (depending on one's theory about the flashpoint of artistry); that became apparent in 1996, with the release of her debut album, Dreamland, a remarkably knowing work in which the then-22-year-old singer brought commensurate insightfulness to material associated with Billie Holiday, Bessie Smith, and Patsy Cline. Her decision to cover Edith Piaf's "La Vie en Rose" reflected the decade that the Georgia-born Peyroux had spent living in Paris, from ages 13 to 22. In the ten years since then, she has brought a wealth of life experience to her natural affinities, first manifested on the long-in-coming sophomore album Careless Love and brought to fruition on Peyroux's new album Half the Perfect World.

Half the Perfect World, once again impeccably produced by Larry Klein, serves as both complement and counterpoint to its predecessor, 2004's Careless Love, which drew raves across the board and sold more than a million copies worldwide. "This record is different from Careless Love in the sense that there's a unison of joy on it," Peyroux says of the new album. "It's pushing certain boundaries for me."

"These love songs all come from an extremely personal place," says Peyroux of the new album, "and therefore allowed me a most intimate reading." Indeed, Peyroux's vocals bring such insight into both covers and originals on Half the Perfect World that a theme emerges - many of the album's songs explore romantic relationships from a distinctly female perspective.

Along with revealing her artistic growth, the new album also reflects Peyroux's increased confidence, resulting in part from the synergy she'd achieved on Careless Love with Larry Klein and the core players - guitarist Dean Parks, bassist David Piltch and drummer Jay Bellerose. They're joined on Half the Perfect World by keyboardist Sam Yahel, drummer Scott Amedola and a stellar cast of supporting musicians which includes saxophonist Gary Foster, pedal steel player Greg Leisz, Till Bronner on trumpet and Larry Goldings on celeste. "This record has me taking more leaps in every song, partly because these are different kinds of songs than the songs I've previously covered," Peyroux says. "Working with a team that I've already worked with, and knowing how amazing they are.... The depth of collaboration and self-expression among all of us is what defines the essence of this album."