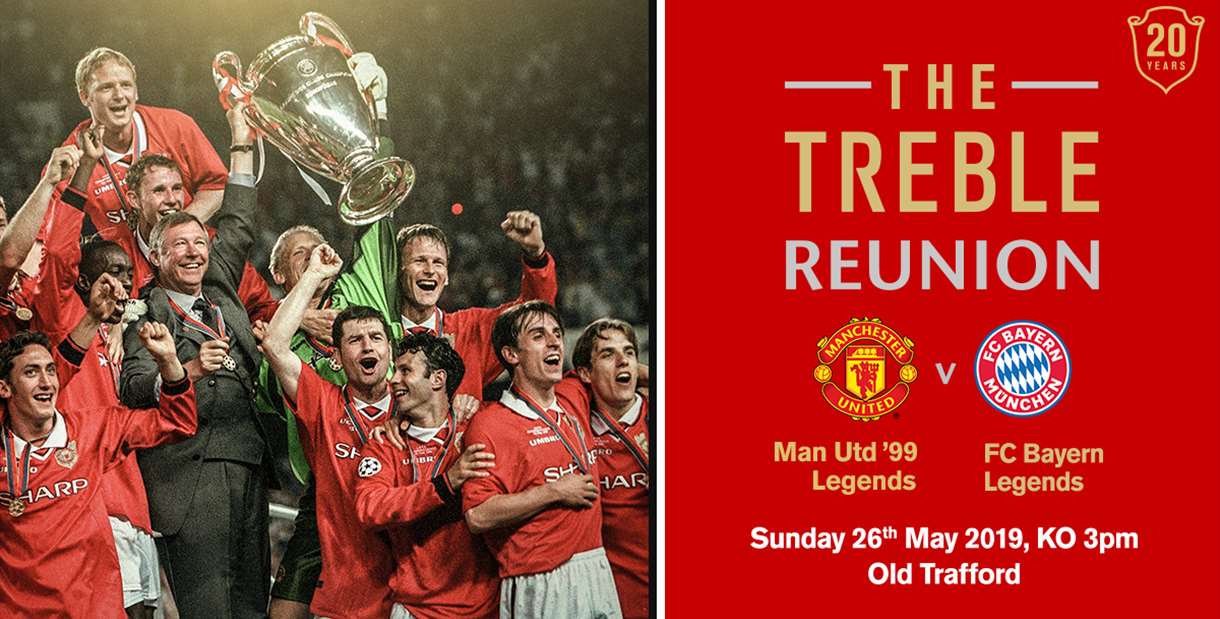 The game will be held exactly 20 years since that illustrious night at Camp Nou, when Manchester United beat Bayern Munich 2-1 to complete the Treble, an accolade still yet to be achieved by any other English club. Now the two teams will meet once again in an anniversary match to raise funds for Manchester United Foundation.

Sir Alex Ferguson has confirmed he will return to manage the Reds, taking his former seat in the Old Trafford dugout and hoping to once again lead his team to victory against the German side.

Fans can also look forward to welcoming many ’99 legends back to the Theatre of Dreams including Beckham, Scholes, Neville, Schmeichel and of course the man who scored the winning goal - Ole Gunnar Solskjaer.

This is great opportunity for any United fan to relive one of the greatest moments in English football history.

All proceeds will go to Manchester United Foundation’s work with young people across Greater Manchester.