You are here: Home > What's On > Manchester Christmas Lights Switch-on 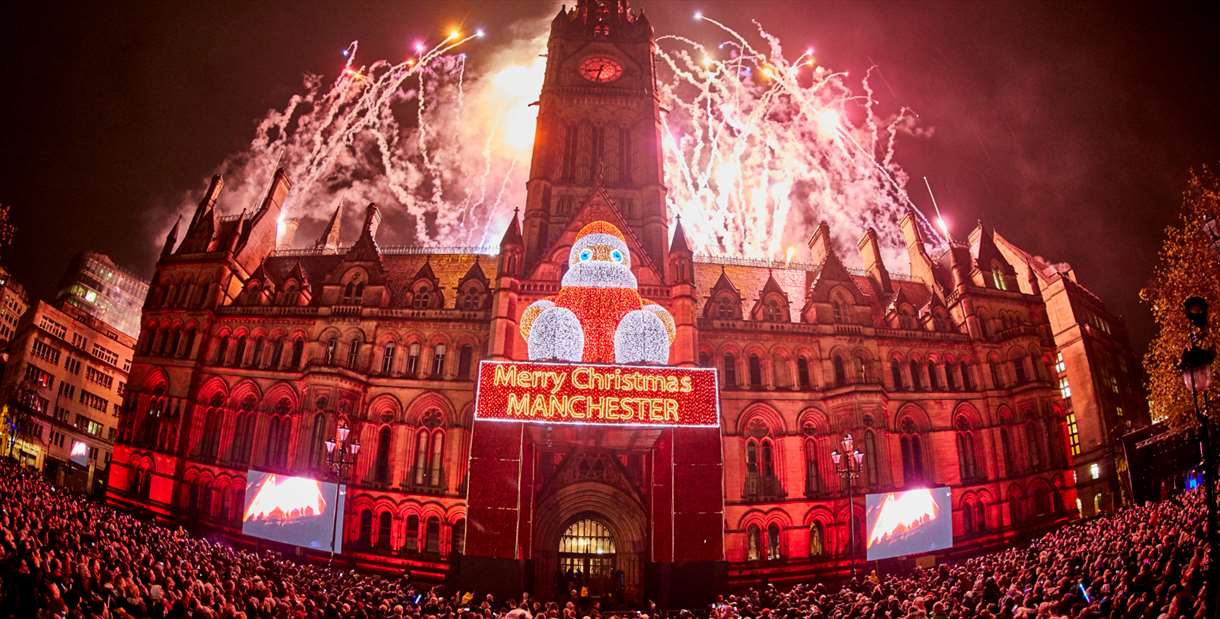 The annual Christmas Lights spectacular will move from Albert Square for the first time as the Town Hall transformation project continues.

Following more than two decades of events in the shadow of Manchester’s iconic town hall building, the switch-on event will move to Deansgate, near the Cathedral, to celebrate the beginning of the festive season in the city.

Thousands of people attend the celebration with stars of music, stage and screen providing the entertainment.

The city's Christmas pantos and stage shows will be there too, including performers from Snow White and the Seven Dwarves and Gypsy. The Grinch will be in attendance along with the cast of Dr Seuss' How The Grinch Stole Christmas from The Lowry.

There'll also be performances from the wives of Henry the Eighth, from the cast of The Lowry's SIX, and the Dance Academy.

Hits Radio breakfast presenters Fleur East, Greg Burns and James Barr will host the show, which the council stages in partnership with the station. The evening will finish as always with a huge firework display.

Road closures will be in place so we recommend using Metrolink to travel into the city centre. The nearest stop is St. Peter's Square which is approximately five minutes walk away.