You are here: Home > What's On > Manchester Folk Festival 2021/ Jesca Hoop plus support 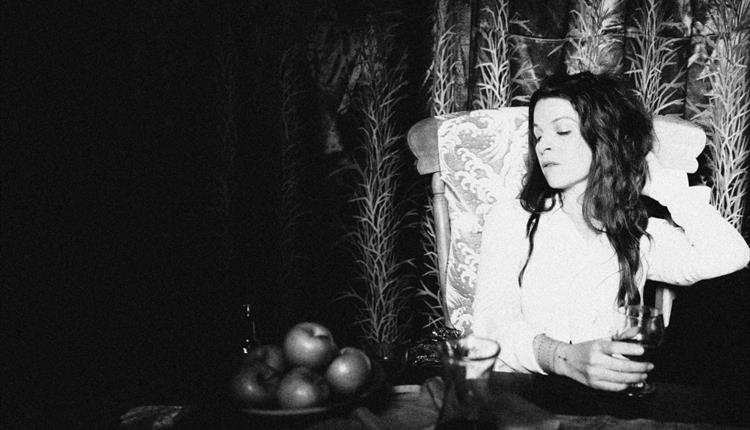 California-born but now based in Manchester, Jesca Hoop is what you’d call a musician’s musician. Discovered by Tom Waits, and brought on tour by Peter Gabriel to sing in his band, it was a phone call from Elbow’s Guy Garvey that saw her move to the UK. Her recent album “Stonechild”, produced by John Parish (PJ Harvey, Aldous Harding, This is the Kit), received huge acclaim from fans and critics alike, and it’s easy to see why: her beautiful songs, rooted in the folk tradition are intricately detailed, acoustic-led pieces that teem with ideas.

The Magpies
Based on a deeply felt musical friendship, The Magpies work collaboratively, arranging material led by powerful vocals and glittering instrumental ornamentation. They each draw on their wide-ranging influences to create a unique blend of transatlantic folk, transporting audiences to distant lands and capturing imaginations with their enthralling live show.

Three accomplished musicians in their own right, The Magpies is a combination far greater than the sum of its parts. Celtic Connections Danny Kyle Award winning guitarist, banjo-player and singer Bella Gaffney is known for her folk inspired songs which she performs along with her own original arrangements of traditional pieces. Said to be ‘one of the best banjo players in the country’ (Dan Walsh), clawhammer banjo player and singer Kate Griffin’s compositions fuse influences from the British Isles, America and India. And acclaimed fiddle-player Holly Brandon is an ‘ingenious tunesmith’ (Living Tradition), with roots in traditional English music, but with influences from Eastern Europe to Quebec, she creates a distinctly borderless and progressive sound.

Their debut album – Tidings – was released in June 2020 to critical acclaim. A rich and varied showcase of their live sound, the album draws on a range of influences and delivers a sound that can only be described as contemporary. A huge range of exquisite instrumentation on mandolin, guitar, fiddle, cello, bouzouki and banjo provide a thrilling canvas on which they paint their stories.