You are here: Home > What's On > Manchester Folk Horror Festival 2 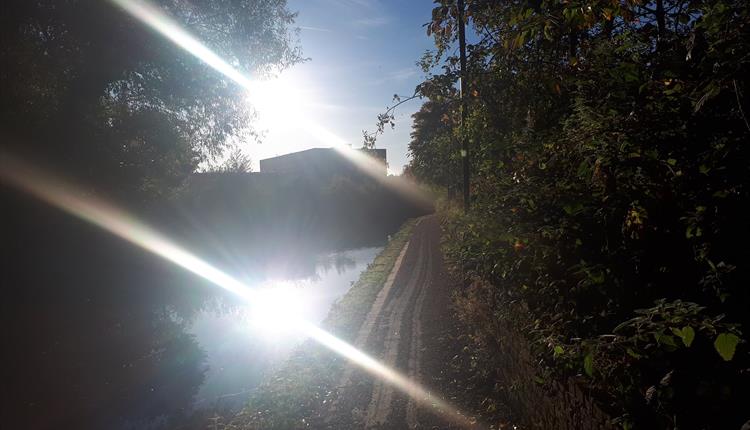 The Manchester Folk Horror Festival returns, this year taking in a host of new and interesting participants. There's a slightly more hauntological bent to the music, some real surprises and a host of independent films.

The festival will take place on 2 February 2019 at Northern Quarter venue The Peer Hat, 14-16 Faraday Street, Manchester. Live performances will start at 3pm and film screenings will start at 6:30pm. Tickets are £10 plus booking fee (unless purchased on the door) and limited to 222.

The current folk horror revival in British cinema, reflects a wider trend of re-discovery and re-enchantment. The Peer Hat will be looking to reflect this phenomenon, with not just a programme of music and film, but also activities and workshops.

Part of the festival will include a panel discussion featuring academics and experts, organised by Julian Holloway from Manchester Metropolitan University, who will also chair the panel:

Julian is a lecturer in Human Geography at Manchester Metropolitan University. His main research expertise lie in the geographies of religion, spirituality and the occult. Alongside these major interests he has published on spectrality, haunting and monstrosity. In more recent work Julian has become interested in geographies of sound and the sonic apprehension of space and place. Each of these research topics are connected by his theoretical interest in embodiment, practice, affect and materiality. Beyond his academic interests, Julian is a part of Flange Circus, a hauntronica and experimental rock band whose music debut album, Abandoned Glow was released in 2017 on Future Noise Recordings.

Andrew Michael Hurley joined Manchester Metropolitan University as Lecturer in Creative Writing (Fiction) in 2016. Andrew Michael Hurley has lived in Manchester and London, and is now based in Lancashire. His first novel The Loney was originally published by Tartarus Press, a tiny independent publisher based in Yorkshire, as a 300-copy limited-edition, before being republished by John Murray and going on to win the Costa Best First Novel Award and Book of the Year at the British Book Industry Awards in 2016. His second novel, published in 2017, is titled Devil's Day – and he talked more to HAUNT Manchester about it here.

James Thurgill (The University of Tokyo)

James Thurgill is a cultural geographer and lecturer, currently based at The University of Tokyo. His work spans across geography, literature, cultural studies and folklore – with a key part of his research focusing on the affective geographies of absence; in particular folklore, memory, place, spirituality and their spatial workings. He often utilises sonic, visual and auto-ethnographic approaches to his studies, allowing for creativity and experimentation.

Darren Charles is an administrator and founding member of The Folk Horror Revival: https://folkhorrorrevival.com/  - a group which began online just over four years ago, seeking to create a community around exploring and collating Folk Horror culture, starting with the UK. He also has set up a range of ‘Unearthing Forgotten Horror’ events, which expanded into his ‘Unearthing Forgotten Horrors’ series of radio shows. Music is another key way in which Darren explores Folk Horror; he is one of the founding members of The Dead End Street Band, is half of electronica outfit Equestrian Vortex, goes under the musical guise of Fuad Ramses Exotic Caterer and is part of the Mortlake Bookclub. He also co-owns Psychic Field Recordings.

Morag Rose (The Loiterer's Resistance Movement and The University of Liverpool)

Morag Rose is the founder of The Loiterers Resistance Movement, which is a Manchester-based collective of artists, activists and wanderers interested in exploring Manchester through psychogeography, discovering hidden stories of the city and aiming to increase awareness of the spaces around us. She is also a lecturer at The University of Liverpool.

Other features of the festival include:

The work of Jonathan Sharp, Library / Production Music Composer and sound designer from the North-West of England. Having been making music for decades, Heartwood Institute represents Jonathan at the height of his powers, producing Hauntronica of exceptional, lasting power. Simply unmissable.

Alula Down is an experiment in folk song and minimalism, with voice and with instruments made of wood and reeds. It is the duo project of Mark Waters and Kate Gathercole, longtime players in Heed the Thunder, Sproatly Smith, Vaginapocalypse and with Nick Duffy (the Lilac Time, Bait, We are Muffy). Alula Down is part of an active community of folk musicians and artists in Herefordshire (Weirdshire, Ruralcore). The community is an important source of inspiration, and regularly plays host to a wide range of visiting artists.