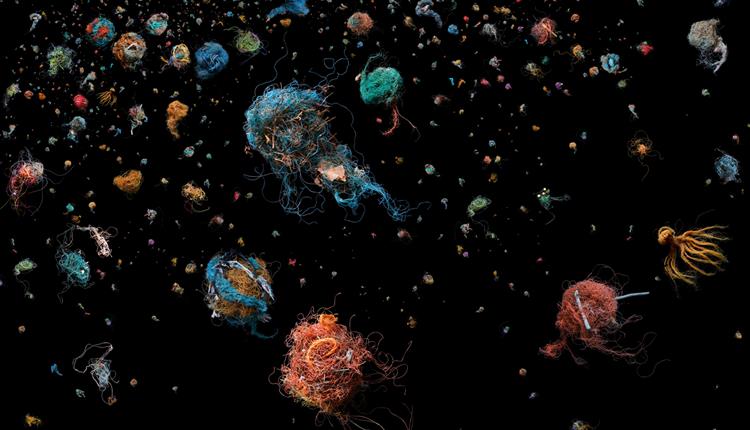 Concerned about the unsettling truth of waste pollution in the world's oceans and beaches, Barker collected and photographed waste debris from over 30 beaches in Hong Kong between 2012 and 2015. This debris, widely referred to as 'Soup', escapes recycling or landfill and ends up in the sea, some of which is then washed up on beaches. Barker's manipulation of the images to give a highly aesthetic look contradicts the subject matter, encouraging viewers to pause and reflect.

Barker embarked on this photography project to raise local and global awareness of the need for stricter waste management. To this effect Hong Kong Soup: 1826 has been published in over 40 countries and publications including: TIME; The Guardian; VICE; The Financial Times; Smithsonian; National Geographic; The New Scientist; ARTE; El Pais; De Standaard; Wired; Wallpaper*; Fotografi Magazine and the British Journal of Photography.
The photographs are accompanied by a video documenting the project and highlighting the key environmental issues.

This exhibition is part of CFCCA's 'Season for Change', six months of programming exhibitions and events that address and tackle crucial questions on climate change and protecting the environment. It will run alongside an exhibition of award-winning photography series Hong Kong Soup by Mandy Barker.