New Dawn Fades – A Play About Joy Division and Manchester 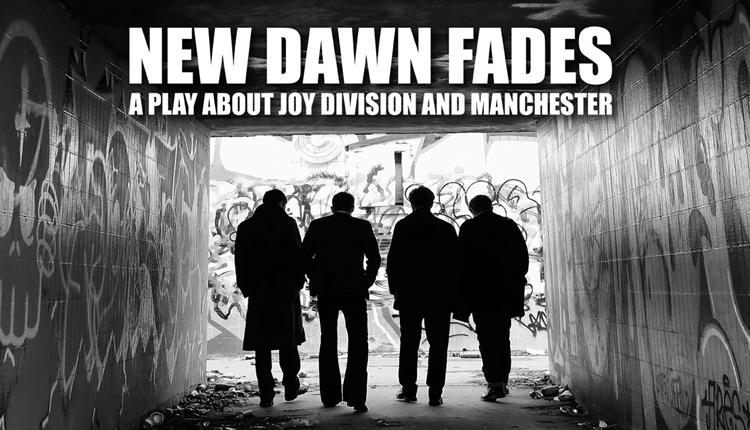 Celebrating 40 years since the release of Joy Division's ground-breaking debut LP, 'Unknown Pleasures', this is a unique piece of theatre, packed with history, hard-hitting narrative and music - presented by the local All Roads Meet.  It comes to The Dancehouse on Oxford Road 12-14 September, part of a 2019 tour.

This is the story of four ordinary lads who, inspired by the punk revolution of 1970s Manchester, came together to form one of the most influential bands of all time, Joy Division.

‘New Dawn Fades - A Play About Joy Division and Manchester’ places the band within the context of Manchester's history as a city with a vibrant reputation, setting the scene for a completely new and fascinating look at the Joy Division story.

'Mr Manchester' Tony Wilson guides the audience through the heart and soul of both the band and the city, introducing an array of historical figures, including Roman General Julius Agricola, Dr John Dee, Frederich Engels, Pete Shelley, and Buzzcocks!

A smash hit when it debuted at the Greater Manchester Fringe Festival in July 2013, New Dawn Fades has toured regularly across the country, playing to capacity audiences and standing ovations. Written by Brian Gorman, the play now has a graphic novel adaptation, which was published last November by Invisible Six Books, and contains a unique selection of photographs from the stage production, by Shay Rowan. A revamped, 2019 version of the book, a perfect companion piece to the stage show, will be available at all performances.

Now, due to popular demand, the show is back at Manchester's Dancehouse Theatre this September 2019.

Written, and executive produced by Brian Gorman, creator of Everyman: The Story Of Patrick McGoohan – The Prisoner, co-writer of the 2013 stage version of Blade Runner, and currently performing in his new show 'One Man Bond: Every Bond Film In 60 Minutes', for which he won the 2018 Salford Star Award for 'Best Performer'.

Produced by Giles Bastow of All Roads Meet.

Photography with thanks to Shay Rowan