You are here: Home > What's On > Photo North Festival 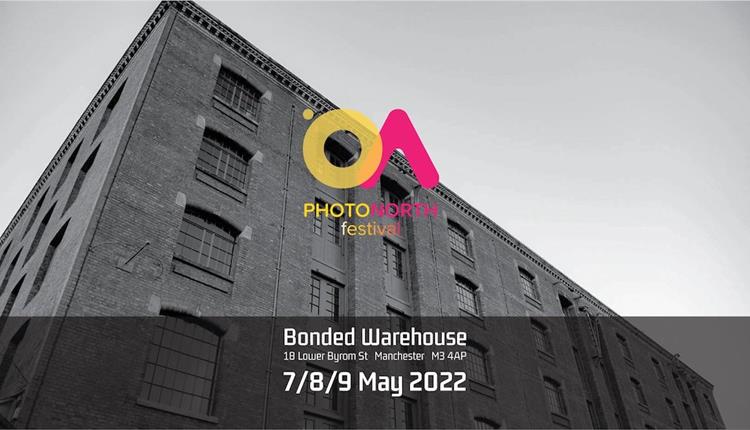 Some of the world's most acclaimed photographers will come to the Manchester from 7-9 May to present their works through an exciting range of interactive events at Photo North Festival.

Brought together in a single venue Bonded Warehouse, Manchester, a back drop of book & zine stalls, photo walks, workshops, portfolio reviews, screenings, licensed bar and networking, will play host to exhibitions all championing photography and open to the public for the three-day festival.

In memorial of Tom Stoddart, Photo North has been chosen to display an exhibition featuring a selection of images from his final book - Extraordinary Women: Images of Courage, Endurance and Defiance, which celebrates the strong will of women throughout the world during times of war, poverty and hardship.

"When a crisis engulfs a community it's the women who face the challenges head on." Tom writes in the book. "Their love of family and 'never surrender' attitude drive them on to survive the miserable cruelty of conflicts, persecution, natural disasters and health emergencies."

Exhibitions at the festival include Someone's Daughter, an important photography portrait project initiated by The View Magazine highlighting how women have been affected by the criminal justice system, whether as prisoners, activists or professionals. Through Our Lens features photographs made by a group of diverse young people from across the Bradford District during the first national lockdown in 2020 mentored by award winning photographer Carolyn Mendelsohn.

Royal Photographic Society's Documentary Photographer of the Year 2021, David Collyer, who works as an Operating Department Practitioner, documents the working life of the staff at Nevill Hall hospital in Abergavenny as they adapted to the arrival of Covid-19.

Chris Floyd was embedded with band The Verve during their meteoric rise from late 1996 to 1997 documenting the recording, touring and promoting of the album in Britain, Ireland and the US - the only photographer to have such access. The winners of our student competition with the theme, Identity, will be announced and on display.

Festival co-founder & curator, Peter Dench, said, "We recognise people are passionate about photography. Photo North Festival aims to introduce or advance understanding of the medium through our programme of exhibitions - to inspire and engage debate. We have one perfect venue, with headline events and renowned photographers confirmed and the list growing. The creativity in planning the festival format, workshops and seminars is something unique to offer people in the north of England and beyond."

Sharon Price, co-founder & curator of Photo North, said "We've chosen thought-provoking works that provide relevant social commentary on some quite hard-hitting issues and the enduring problem of homelessness. But we also have the beautiful and the poignant, that will appeal not only to enthusiasts seeking to be challenged, but also to those seeking a feast for the senses."

Sharon and Peter have secured the sensational line up to deliver a thought-provoking, lively and inclusive festival that will appeal to the professional photographer, photo-enthusiast, keen amateur and anyone who wishes to engage with the timeless appeal of the medium.

Once again, Photo North Festival promises to be one of the most exciting and engaging photo exhibitions in the UK.