You are here: Home > What's On > Playhouse2 - The Ghost Train 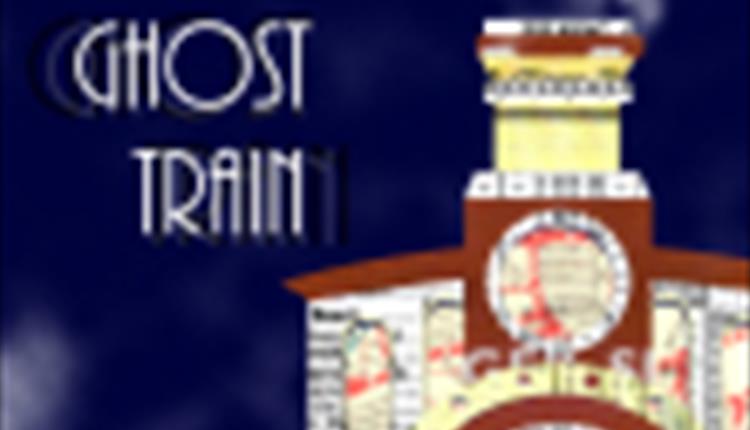 Written by Dads' Army's very own Godfrey, this play revolves around a party of assorted railway travellers who find themselves stranded in the waiting room of an isolated country station one evening.

Despite the station master trying to persuade them to leave the site, they refuse – citing the lack of alternative accommodation for several miles around as their reason. He warns them, however, of the supernatural danger of a spectral old railway carriage train that sometimes haunts the line at night, bringing death to all who set eyes upon it. Incredulous of his story, the group still refuse to leave, and he departs leaving them facing a terrifying night at the station.

This is a Halloween tale bound to raise the hairs on your neck.

Tickets are priced at £10.00 and go on general sale approximately 3 weeks prior to each show﻿.

At our ticket office (Interiors) you can pay by cash, cheque or card with no booking fees. Online booking incurs a booking fee of up to 10% (minimum 50p).

Our ticket office is just round the corner from Playhouse 2 at:
Interiors, 37 Market Street, Shaw, OL2 8NR
Opening Hours for ticket sales are 10.00am to 4.00pm - Monday, Wednesday, Thursday , Friday and Saturday.

Pop into Interiors to get your tickets for forthcoming events. Alternatively, you can give them a call on 01706 840400 and pay by card over the phone. If you are travelling any distance to pick up tickets, it is recommended that you call Interiors in advance to check availability and opening times.

Please be aware that Kirsty and Margaret are kind enough to sell tickets for the Playhouse 2 in addition to primarily running their own business. If they are busy in the shop with their own customers, they may not be able to answer the phone. Leave a message and they will get back to you. Thank you.

Online Booking
All our events can also be booked online. Go to Ticket Source to book.

Online bookings are subject to a 10% booking fee and are normally available up to two hours before the event (Subject to availability). You will receive an eTicket by email but you can choose to have the tickets sent out by post for an additional fee.

Metrolink is now operating a full service to Shaw and Crompton from Manchester and Rochdale. Trams operate every 12 minutes to/from Rochdale and Manchester. The trams run until around 12.00am on weekdays, 1.00am at weekends, and 11.00pm Sundays. We are about a 4 minute walk from the station. As you leave the platforms, turn left on to Beal Lane and walk about 300m and take the third left turning on Eastway. Playhouse 2 is about 150m on the right, opposite ASDA.

We are very fortunate at Playhouse 2 to have an abundance of parking options for our members and audiences to use when visiting us.

Please note that parking times are subject to change so bear this in mind and check the individual signage on the car park that you are using.