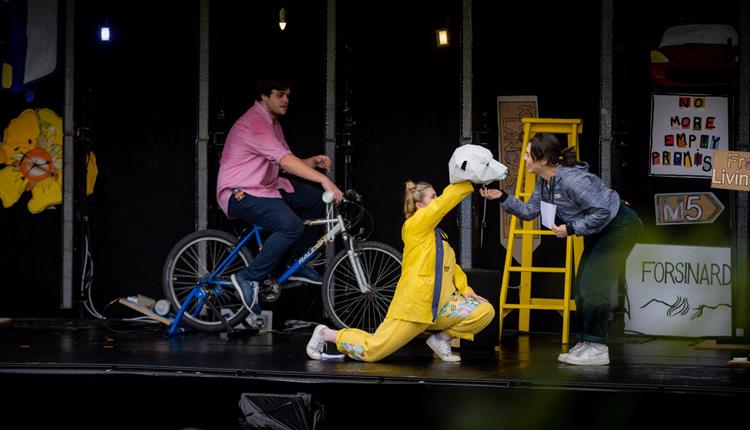 Interested in making theatre which doesn’t damage the planet? This is a practical workshop for any theatre-maker keen to create theatre without a carbon footprint. You’ll explore exercises designed to bring sustainable practises into your theatre-making process – from performer-led live sound design, to making the most out of upcycled objects. You’ll even look at powering your show by bicycle! This session will also include time to experiment with a bike-generator on your own terms.

Their show How to Save a Rock is a bike-powered family comedy about how to still have hope. Most recently touring to Northern Stage & Theatre by the Lake with ETT Trailer Story, and part of Pop Up London with Battersea Arts Centre & Found in Music as part of the Mayor of London’s #LetsDoLondon Campaign. The show is winner of Staging Change, Sunday Times Playwriting & Samuel French New Play Awards.

They’re currently developing Hot in Here (a carbon-neutral dance party), a protest theatre show about climate justice made in collaboration with young people in Camden & climate advocates around the world in countries most affected by the climate crisis, commissioned by Camden People’s Theatre Outside the Box Fund, touring Spring 2022. Pigfoot are beginning to develop a new show Hostile Environments as part of Boundless Theatre Accelerator. 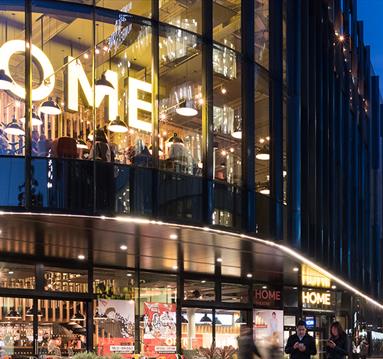 PUSH LAB 2022For artists of all disciplines, PUSH LAB is a week-long programme of conversations, events, and workshops to inspire, provoke and challenge your thoughts of making work in 2022 and beyond. We also hope that it will be a chance to recharge and reconnect.
more info