You are here: Home > What's On > Ripples of Hope: Hillary Rodham Clinton In Conversation 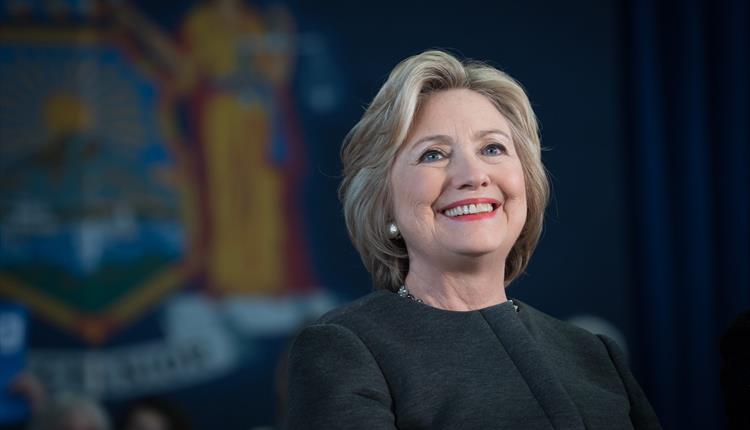 The Ripples of Hope Festival is proud to present Hillary Rodham Clinton in conversation with Baroness Helena Kennedy QC.

In this candid, far-reaching conversation, Secretary Clinton and Baroness Kennedy will explore the human rights progress we’ve made; the next challenges we must overcome; as well as what Secretary Clinton has learned in her extraordinary life about the power of people to create change; the nature of leadership; and the meaning of hope.

Attendees of this event will have the opportunity to submit questions for Secretary Clinton before the event, of which Baroness Kennedy will ask a selection during the conversation.

About Hillary Rodham Clinton
Hillary Rodham Clinton has spent five decades in public service as an advocate, attorney, First Lady, U.S. Senator, U.S. Secretary of State, and presidential candidate. As 67th U.S. Secretary of State, her “smart power” approach to foreign policy repositioned American diplomacy and development for the 21st century. Clinton played a central role in restoring America’s standing in the world, reasserting the United States as a Pacific power, imposing crippling sanctions on Iran and North Korea, responding to the Arab Awakening, and negotiating a ceasefire in the Middle East. Earlier, as First Lady and Senator for New York, she travelled to more than 80 countries as a champion of human rights, democracy, and opportunities for women and girls. She also worked to provide health care to millions of children, create jobs and opportunity, and support first responders who risked their lives at Ground Zero. In her historic 2016 campaign for President of the United States, Clinton won 66 million votes. She is the author of nine best-selling books, and host of the podcast You and Me Both. She is married to former U.S. President Bill Clinton, has one daughter Chelsea, and three grandchildren: Charlotte, Aidan, and Jasper.

About Baroness Helena Kennedy QC
Baroness Helena Kennedy QC is one of Britain’s most distinguished lawyers. She has spent her professional life giving voice to those who have least power within the system, championing civil liberties and promoting human rights. She has conducted many prominent cases of terrorism, official secrets and homicide. She is the founding force behind the establishment of the Bonavero Institute of Human Rights at the University of Oxford. In 1997, she was elevated to the House of Lords where she is a Labour peer. She has published two books on how the justice system is failing women, and has written and broadcasted on many issues over the years. Currently, she has taken on the role of Director to the International Bar Association’s Human Rights Institute. She directs the Institute’s work upholding the rule of law and human rights globally.