You are here: Home > What's On > RNCM Brass Band Festival 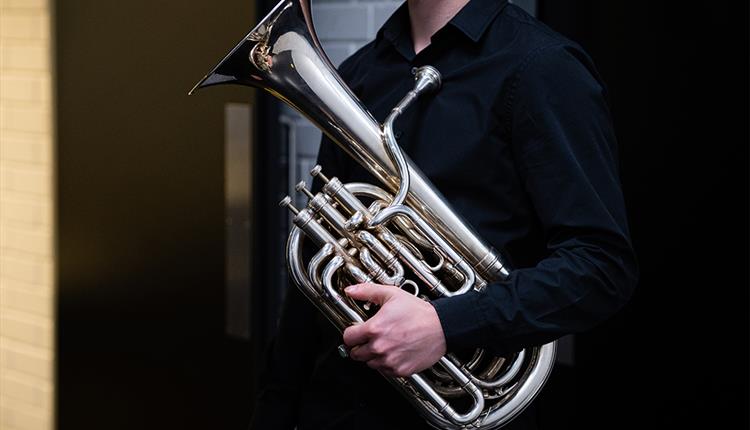 The RNCM Brass Band Festival is back, after a year off! This unique Festival features six of the UK’s leading brass bands, all of whom are guaranteed to be on razor sharp form the week after a re-scheduled British Open Brass Band Championships. The RNCM also welcomes top international soloists Peter Moore (trombone) and Rex Richardson (trumpet), and there will be a major contribution showcasing the skills and talents of the RNCM brass students.

The Festival marks the contribution to the brass band medium by some of Britain’s finest 20th Century composers, as we celebrate Sir Malcolm Arnold, Ralph Vaughan Williams and Ray Steadman-Allen, all of whom are hitting major milestones. No RNCM Brass Band Festival would be complete without a substantial offering of new or recent work, from composers including Judith Weir, Peter Graham, Simon Dobson, Liz Lane and Errollyn Wallen.

A strong focus this year on young talent leads to a showcase from local youth brass bands, alongside a presentation from Brass Bands England on their pioneering work with young musicians around the country. You can also hear new chamber works from emerging young composers in the final of the sixth John Golland Award.