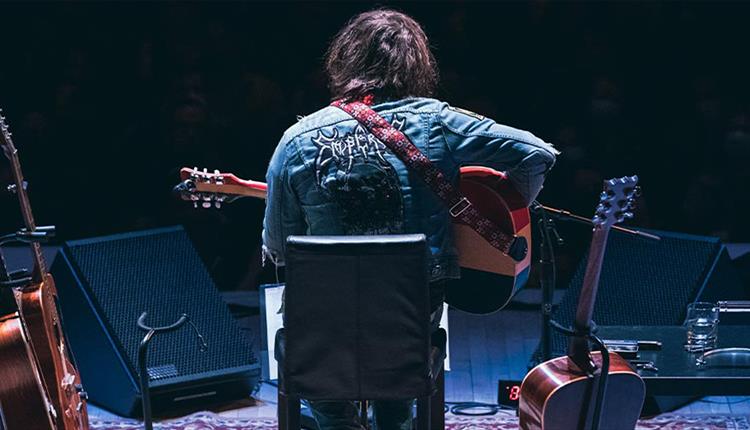 Ryan Adams announces his long-awaited return to the UK with a solo tour throughout April 2023.

Multi-Grammy nominated, singer-songwriter Ryan Adams has announced his long-awaited return to the UK where he will play an intimate eight-date solo tour.

The concerts will feature Ryan, his guitars and a piano in an acoustic tour-de-force – playing songs across his awe-inspiring catalogue. During Spring 2022’s East-Coast US run  he performed a stunning 168 songs over five nights in shows that averaged two hours and forty minutes.

Alone on the stage, the shows will be an intimate showcase of Ryan’s life-long dedication to song-writing in which his abilities are highly adored by artistic peers and cherished fans alike. Bewitching vocals and captivating guitar playing-combined with a new setlist at each show - ensure that the performances will be truly unique and unmissable occasions to all of those who appreciate the craft and performance of Adams’ unique soulfulness.

In addition to touring prep, Adams has sensationally released four studio albums so far this in 2022, under his own label PAX-AM Recordings label: Chris - a tribute to his late brother, Romeo & Juliet - another double albumfollowing shortly, FM – a more traditional rock-and-roll record and Devolver – an album Ryan gave away for free,dedicated to his fans to mark their contribution and commitment to mark his one year of sobriety. Music legend Don Was recorded his Carnegie Hall concert in May for later release.