You are here: Home > What's On > Saddleworth Players: 'Scary Bikers' at The Millgate Centre 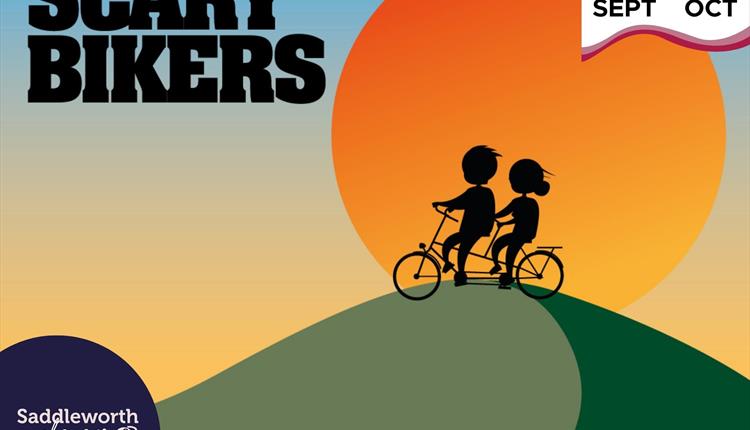 A new comedy about life, love and staying on your bike!

Scary Bikers was originally planned before the pandemic and has been held over for the last couple of years.

Scary Bikers premiered at Trafalgar Theatre in London’s west end in 2019, and at Theatre Royal, Wakefield home of John Godber.

When retired miner Don and former private school teacher Carol meet at a bereavement group, they thought they’d found a new beginning. But a bike ride through Europe would test their budding romance, and the road to love is rocky when an unstoppable force meets an immovable object.

Join them on their hilarious and heartfelt journey, as they reconcile the past, debate the present and worry about the future. Whether they’re saddle sore in Southampton, blistered in Bordeaux or frazzled in Florence, one thing is for sure – it takes two to tandem!

“A Pleasure to watch” The Stage

“Funny and perceptive” The Guardian