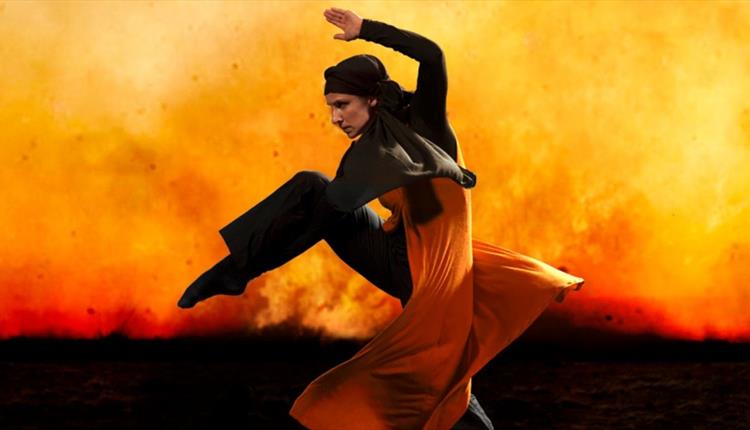 Inspired by Monteverdi’s masterpiece, Il Combattimento, in Shobana Jeyasingh’s visceral production, the fiery Muslim female warrior Clorinda, battles the Crusader, Tancredi in ancient Jerusalem, and in so doing becomes a standard bearer for women standing strong in the face of danger. The second half brings us bang up to date, catapulting Clorinda into Middle Eastern conflict, in a compelling re-telling of her story. Bold and achingly beautiful, the epic story of Clorinda, exposes a world of violence, resilience and love across the boundaries of culture and time.

Monteverdi’s sublime score is paired with the celebrated Syrian-American composer Kareem Roustom’s highly evocative new music, played live by an on-stage string quartet. Both works unite one of the country’s most popular tenors, Ed Lyon, with the acclaimed Conductor Robert Hollingworth of I Fagiolini.

Shobana Jeyasingh Dance are one of the most dynamic and distinctive forces in UK dance. Their vivid and powerful productions live long in the memory, applauded by audiences and critics alike across the globe.

“When Shobana Jeyasingh is firing on all cylinders, there is hardly another UK choreographer who can touch her” The Times