You are here: Home > What's On > Skunk Anansie 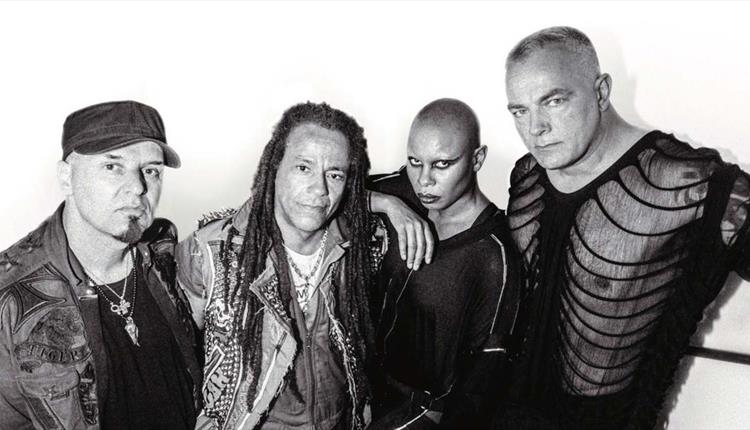 Skunk Anansie’s performance at Meltdown crowns an incredible 25th anniversary, marked with their most recent release: 5LIVE@25* - the 25 greatest songs from their six studio albums. Their music slips effortlessly between the confrontational and the tender, the politically charged and the nakedly emotional, the upfront and attention-grabbing and the quiet and restrained. Releasing debut album *Paranoid & Sunburnt* in 1995, swiftly followed by *Stoosh* and *Post-Orgasmic Chill*, they sounded and looked like nothing that had come before them. And more than 25 years later, every other band is still playing catch-up. After an eight-year hiatus, they released three more acclaimed albums: *Wonderlustre*, *Black Traffic* and *Anarchytecture*. Few bands inhabit the stage like Skunk Anansie. Their exhilarating live shows are a hurricane of energy, noise and personality, an exhortation to become part of something much bigger that’s impossible to resist. Skunk Anansie have frequently been described as a political band. And they undeniably are - as their anthemic 1996 track ‘Yes, It’s F*cking Political’ pointed out: ‘Everything’s political.’ But politics are just one part of what they are: Skunk Anansie address love and rejection, anger and sadness, frustration and rage. The human emotions we all share. They are still fighting the good fight, taking no prisoners while they do it.