You are here: Home > What's On > The Barricade Boys - Bring Him Home Tour 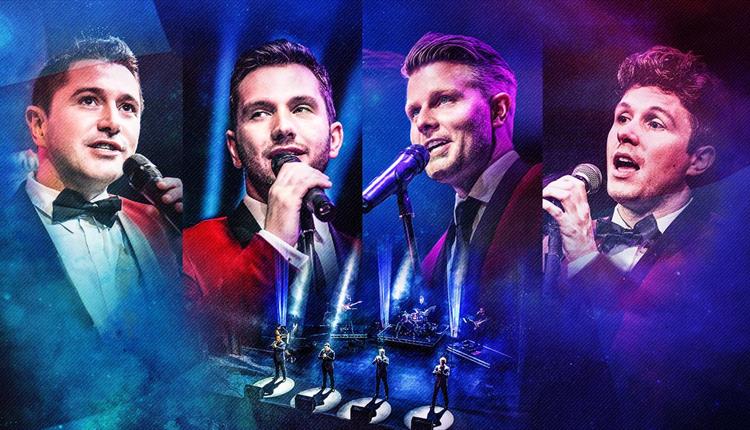 Starring past performers from the global theatrical sensation that is Les Misérables, The Barricade Boys have entertained fans around the world since they formed in 2015 and now, they are back on tour in 2022.

The Barricade Boys’ Bring Him Home Tour will feature music from some of the best-loved shows from the West End and Broadway stage, including Phantom Of The Opera, Miss Saigon, Jersey Boys and, of course, Les Misérables, as well as hits from some of pop and rock music’s all-time greats including Queen, Elton John, The Beatles, Ed Sheeran and Adele.

Blending powerhouse vocal harmonies and slick dance routines with a journey through the decades of musical theatre, the Boys are bound together by their shared experience of performing in the world’s longest running musical.

A night at the musicals like no other, The Barricade Boys share anecdotes from the shows they have starred in, including the West End hits Mamma Mia, Wicked, Billy Elliot, The Book Of Mormon, The Sound Of Music and Joseph And The Amazing Technicolor Dreamcoat.

Don’t miss out on this opportunity to experience a sensational night celebrating the very best of musical theatre interspersed with your rock and pop favourites!