You are here: Home > What's On > The Coffee Shop Musical 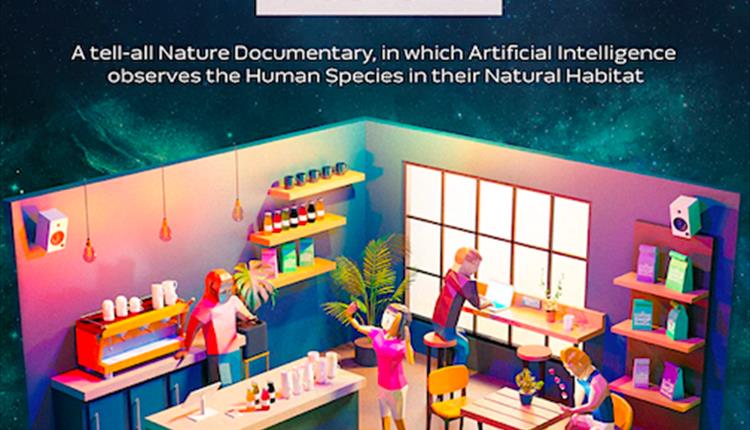 Following their win of Best Musical at Manchester Fringe 2022, M﻿ancunian theatre company leo&hyde, the team behind GUY (Hope Mill Theatre, 2018) and The Marriage of Kim K (The Lowry, 2019), are excited to bring their freshly brewed show back to Foundation Coffee House.

Join in as the "AI Attenboroughs" discover the truth about humans, their coffee habits, their love of solitude and their secret addiction to a substance called 'Internet'. Was the human race of previous millennia entirely toxic, grotesque and pointless - or were they actually a charming species, with loveable quirks and real, authentic connections to one another?
Starring two magnetic Mancunian actors, Andrew Patrick Walker (Bat Out Of Hell, World Tour) and Ntombizodwa Ndlovu (The Mountaintop, Royal Exchange), grab a coffee, grab a cake and figure out which cafe-culture "tribe" you belong to as this immersive docu-musical unfolds around you in the intimate setting of Foundation's NQ location.

Photos/videos are very much encouraged, as is catching up after the performance!