You are here: Home > What's On > The Interrupters 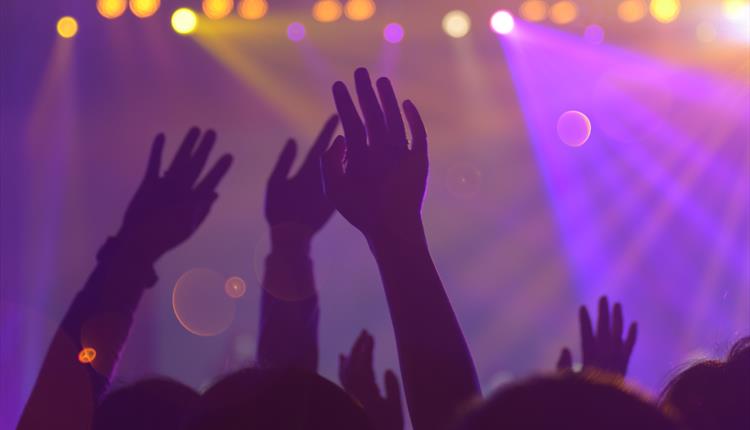 Rollicking California ska-punk band the Interrupters are yet another example of how the uptempo variation on the classic Jamaican sound remains a perennial favorite on the West Coast.

The Interrupters feature Aimee Interrupter, aka Aimee Allen, on lead vocals; Kevin Bivona on guitar; Justin Bivona on bass; and Jesse Bivona on drums. Prior to joining the Interrupters, Allen had an eclectic career in pop music: she sang the song "Cooties" on the soundtrack to the musical remake of John Waters' Hairspray; she released a collaborative album with Scott Russo of Unwritten Lawunder the name Scott she appeared on recordings by Jimmy Cliff, the Black Eyed Peas, and Sublime with Rome; and she recorded an unreleased album for Elektra Records that was produced by Mark Ronson and Don Gilmore. Her solo debut, A Little Happiness, was released in 2009. Meanwhile, guitarist Kevin Bivona has also had a successful career as a recording engineer; he's worked in the studio with Paul Wall, +44, Dirt Nasty, and the Cool Kids, as well as performing with Travis Barker, Jimmy Cliff, the Transplants, and Yelawolf. And Kevin's siblings Justin Bivona and Jesse Bivona were the touring rhythm section for Sugar Rayduring live dates from 2011 to 2013. Aimee and Kevin began working together when they were both part of Tim Timebomb and Friends, a solo project in which Tim Armstrong of Rancid recorded and toured with a rotating cast of musicians. The Tim Timebomb sessions led to Allen and Bivona teaming with Kevin's brothers and forming the Interrupters. Tim Armstrong was impressed enough with the new band that he not only signed the band to his Hellcat Records label, but also offered to produce their debut album. The group's self-titled LP arrived in August 2014. The Interrupters and Armstrong returned to the studio to record the band's second album, Say It Out Loud, which was released in June 2016.