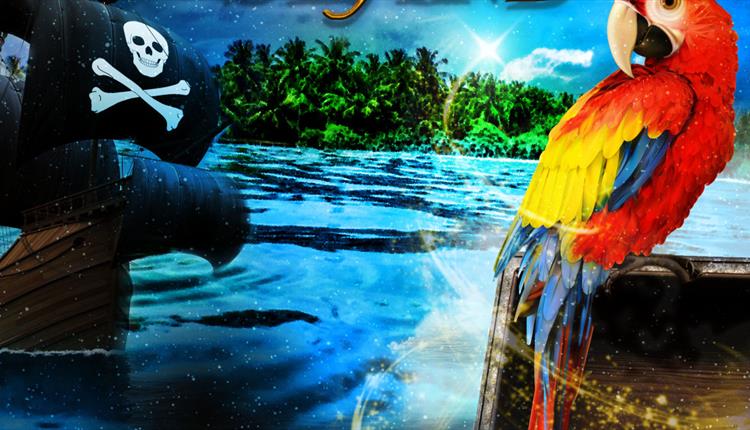 The Octagon Theatre Bolton will present a brand new adaptation of Treasure Island based on the novel by Robert Louis Stevenson - a festive treat for families in Bolton Sun 8 December– Fri 27 December 2019.

Tim Jackson will direct the new production by the Octagon Theatre following widespread success as a director, choreographer, musical director and composer. Tim Jackson was Choreographer and Musical Director for Little Shop of Horrors at Manchester Royal Exchange in 2014, choreographer for the recent West End productions of Stepping Out and Merrily We Roll Along and most recently directed The Protagonists at The Other Palace in London.

Tim Jackson has said “I’m thrilled that we’re off on an adventure to Treasure Island this Christmas. Brace yourselves for pirates, parrots and pieces of eight!

Robert Louis Stephenson’s classic tale of buried treasure and mutiny upon the high seas will be brought to vivid life in a fabulous new musical version for The Octagon Theatre, Bolton. Join Jim and friends as they set sail in search of gold and jewels beyond their wildest dreams.

Packed with swashbuckling songs and lashings of laughter, Treasure Island is a fun-packed show for all the family.”

The classic tale of buccaneers and buried gold will be presented a rip-roaring new stage adaptation by writer Kate Ferguson with music and lyrics by Susannah Pearse. Kate Ferguson’s credits include Fair Trade, executive-produced by Emma Thompson (UK tour) and Susannah Pearse’s credits include music and lyrics for Jabberwocky at Margate Theatre Royal and Original music for the songs in John Finnemore’s Souvenir Programme (BBC Radio 4).