You are here: Home > What's On > The Red Hot Chilli Pipers 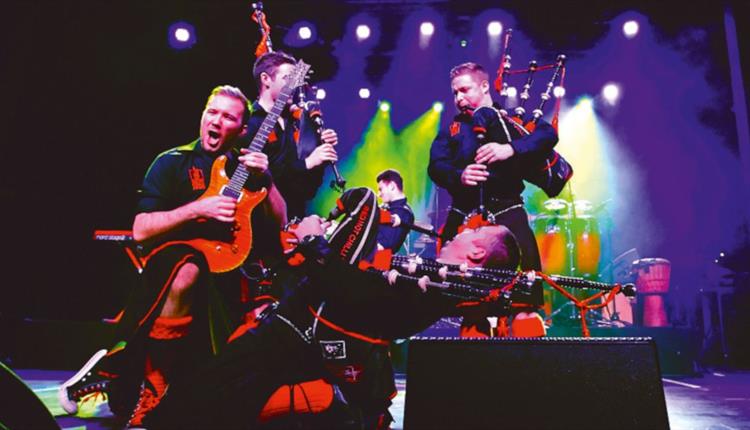 Bagpipes with attitude, drums with a Scottish accent and a show so fierce it should carry a government health warning!

From a cameo appearance at T in the Park in 2004 with The Darkness to opening the main stage in their own right in 2014, the past ten years has seen The Red Hot Chilli Pipers become the most famous bagpipe band on the planet -- ever.

The band’s achievements have reached incredible heights with their groundbreaking fusion of traditional Scottish music and rock/pop anthems which they proudly call 'Bagrock'.This performance will features the full majesty of the Chillis with their expanded lineup including brass and dancers.

With gold and platinum albums, multiple awards, sellout tours across the world, major festival TV and international event appearances behind them, The Chillis have never been more in demand for their infectious style of feelgood music.