You are here: Home > What's On > The Rocking Sky 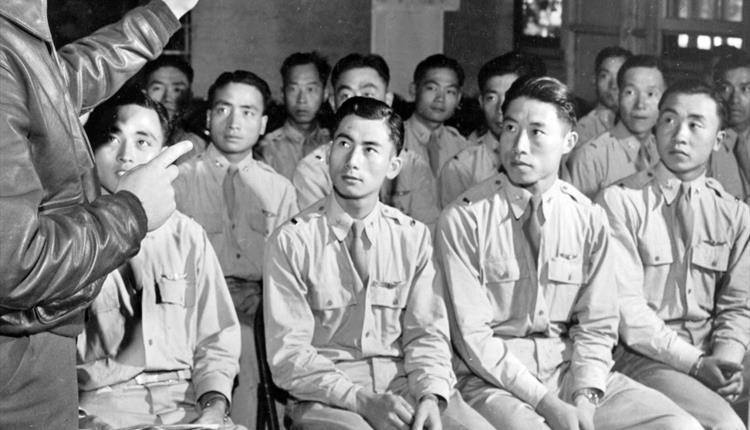 “Never in the field of human conflict was so much owed by so many to so few”. – Winston Churchill

To commemorate the 70th anniversary of the victory of WWII, this documentary film describes the eight years of dauntless air-force fighting of the republic of China during the Anti-Japanese War, with only 300 combat-capable aircraft from China while Japan had over 2000. This film does not merely display the stock footages of the ruthless war, but from different angles, and in the voice of others, poetically tells one after another affecting stories of the pilots – their invincible courage to fight; their noble and indomitable spirits to sacrifice; their love, romance, friendship, youth and the live-in-the-moment mental state; and their mildly lonely, melancholic yet fearless inner world.

The film took a year and a half to make, shooting across mainland China, Hong Kong and Taiwan, visiting nearly forty of those who participated and survived in air combats, their families and offsprings, and from different perspectives of human nature to retrospect the war. The title of the film – the name on the poster and the calligraphy are extracted from the handwritten script “Aspiring to the Sky” given to Yang Xianyi from Sun Yat-sen, the founding father of China. The film premiered in Taiwan on August 18, 2015 and was attended by former President Ma Ying-jeou of the Republic of China.