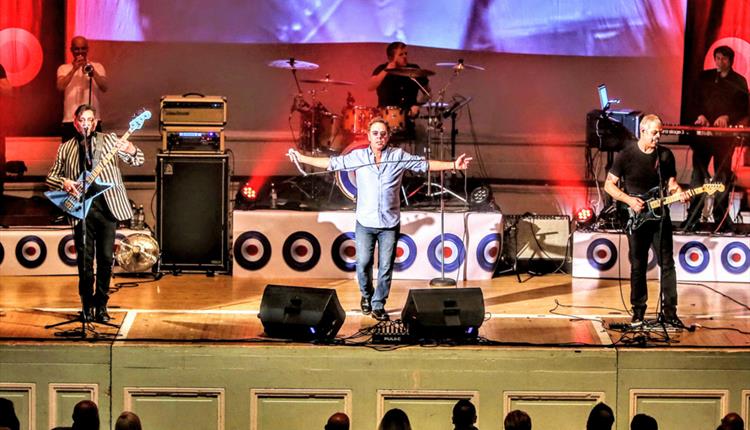 The Who’s massive anthems and hits are brought to life and recreated for the theatre stage by acclaimed eight-piece band, The Goldhawks. With all the emotions, tension and raw power that the music demands, the show is a masterful replication of The Who’s big sound backed with exciting, extra-large screen projection and some archival footage of the band themselves.

The show is a two hour musical journey through The Who’s huge back catalogue from ‘I Can’t Explain’, ‘Substitute’, ‘My Generation’, through to songs from the rock operas ‘Tommy’ and ‘Quadrophenia’ and the iconic anthems ‘Won’t Get Fooled Again’ and ‘Baba O’Riley’ along with many others along the way. It is a loving tribute to the music of one of the most enduring bands in the world.

The Goldhawks are a world-class, international band, acclaimed as the world’s number one tribute to The Who, with many accolades from friends and family of The Who themselves.