You are here: Home > What's On > This Woman's Work 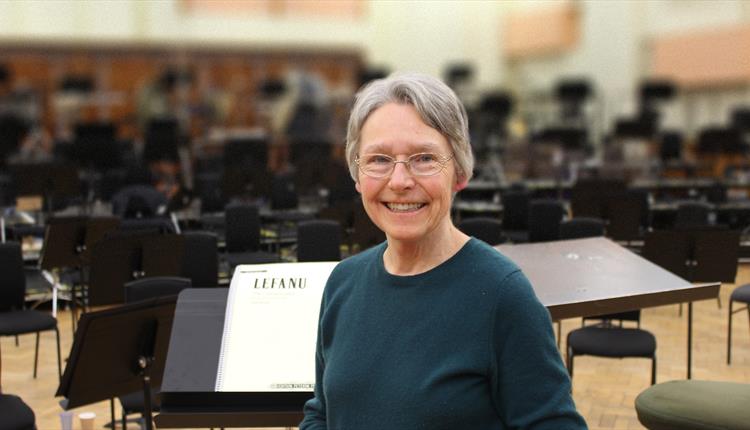 200 years ago, Clara Schumann was born in Vienna. 100 years later, some women won the right to vote in British elections. Yet in 2018, only one female composer featured in Classic FM’s 300-strong ‘Hall of Fame’.

The Stoller Hall marks these auspicious anniversaries with a series of performances, commissions and conversation bringing women’s musical voices to the fore. From November 2018 through to International Women’s Day in March 2019 and beyond, Manchester’s superb new concert hall celebrates the vital role of women in music – as performers, teachers, learners, and especially as composers.

The series begins in November with the world première of Laura Rossi’s Carpe Vitam; a new audio visual performance marking 100 years of votes for women. Vibrant imagery, live camera work, electronics and acoustic instruments are joined by the voices of young singers in an evening which also features The Pankhurst Anthem, written and composed by the great-granddaughters of Emmeline Pankhurst.

Throughout 2019, women composers are prominent in concerts across The Stoller Hall’s programme. The Gould Piano Trio perform Sally Beamish’s Piobaireachd on Tuesday 22 January; songs by Clara Schumann, Helen Grime and Fanny Mendelssohn form part of the first Manchester Vocal Weekend in February; and Northern Chamber Orchestra join the project with works by Grażyna Bacewicz and Grace Williams in their spring concerts.

The project centres around International Women’s Day on Friday 8 March, when the all-female Albany Piano Trio perform works by Sadie Koninsky, Nicola LeFanu, and a brand new commission by Emma-Ruth Richards exploring grief, beauty, acceptance and transformation. In the same concert are a selection of Clara Schumann’s most celebrated vocal works, performed by RNCM Songssters; whilst the previous evening, Nicola LeFanu and arts leader Debra King join a panel discussion exploring what has changed for women in music, and what still needs to be achieved.